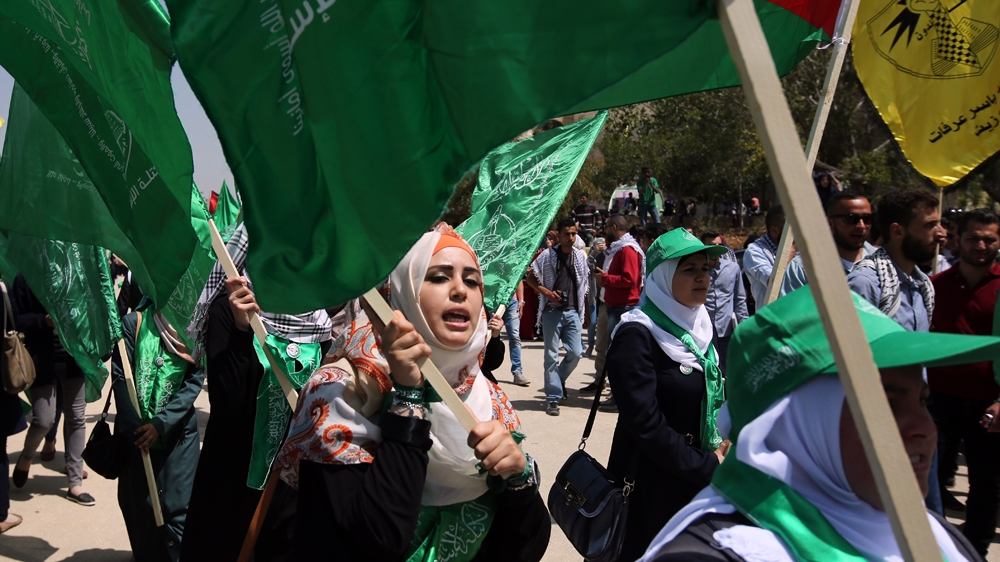 Two Palestinian women arrested last week by Israel have been referred to administrative detention, a form of internment where a prisoner is held indefinitely without charge or trial.

Bushra al-Tawil was arrested last week in an Israeli raid on her home in the occupied West Bank city of al-Bireh, days after her father was released from an Israeli prison.

A defender of rights of Palestinian detainees in Israeli prisons, al-Tawil was arrested several times by Israeli forces. According to local media, she has gone on a hunger strike to protest her detention.

The 26-year-old was first arrested when she was 18. She served five months of her 18-month sentence before she was released as part of a 2011 prisoner swap deal.

However, she was re-arrested in 2014 and spent the remaining 11 months of her sentence in detention. In 2017, she was arrested again and spent eight months incarcerated.

Her father Jamal al-Tawil was a former municipality leader for al-Bireh and was recently released on December 5 after two years of administrative detention.

Students a ‘target’ for Israeli army

Shatha Hasan, a 20-year-old student and coordinator of the student council at Birzeit University, was also arrested last week at her family home in Ramallah.

She was referred to administrative detention for three months on Tuesday, the PPS said.

On December 12, a large contingent of Israeli military vehicles surrounded her house in the Ain Misbah neighbourhood in a pre-dawn raid.

Videos circulated on social media showed her mother calling out, “God be with you” to which Shatha replied “Pray for me!” before she was bundled into an Israeli jeep by soldiers.

Local media reported Israeli forces installed a makeshift checkpoint on the road leading to Birzeit University in the central West Bank and checked the identities of students in the run-up to a conference organised by the students’ arm of the Hamas movement.

A video made by the Israeli army was circulated before the arrest of Shatha Hassan, saying that Birzeit University was a “recruitment centre for terrorism and inciting violence”.

“From our long experience with the Israeli occupation, whenever they launch a campaign of disinformation about the university, it means that they are preparing for a campaign of oppression and increasing repression on the education process in the Palestinian territories,” Ghassan Khatib, a university professor, told Al Jazeera.

Birzeit University has long been a target for the Israeli army. In March 2018, then-student council president Omar Kiswani was arrested during a raid by undercover Israeli forces on campus.

According to the Right to Education campaign, more than 80 students are currently held in Israeli prisons – including 20 who are yet to be convicted.

“These detentions and measures are nothing but an appalling violation of freedom of speech and expression,” the campaign said in a statement on its website.

The PPS said the number of female prisoners in Israeli jails has reached 42, of whom 38 are held at Damoon Prison, while the remaining four, including Tawil, are kept in Hasharon detention centre.

More than 5,500 Palestinians are currently languishing in prisons throughout Israel, according to official Palestinian figures, with 450 under administrative detention.

New York-based Human Rights Watch (HRW) published a report on Tuesday calling on Israel to grant Palestinians living in the occupied West Bank at the very least the same rights protections given to Israeli citizens.

The 92-page report – titled “Born Without Civil Rights: Israel’s Use of Draconian Military Orders to Repress Palestinians in the West Bank” – highlights the use of Israeli military orders that criminalise non-violent political activity.

“These orders give the army carte blanche to prosecute anyone who organises politically, speaks out, or even reports the news in ways that displease the army.”

Citing examples of broadly defined Israeli military orders, the report said between July 1, 2014 and June 30, 2019, the Israeli army prosecuted 358 Palestinians for “incitement”, 1,704 for “membership and activity in an unlawful association”, and 4,590 Palestinians for entering a “closed military zone” – a term the army frequently uses for protest sites.

The report also cited a 10-year sentence that can be imposed on Palestinians who participate in a gathering of more than 10 people without a military permit on any issue “that could be construed as political”, or if they display “flags or political symbols” without army approval.

Whitson said given Israel’s long-term control over Palestinians, the government “at minimum should allow them [Palestinians] to exercise the same rights it grants its own citizens, regardless of the political arrrangement in place”.

0
Fearne Cotton enjoyed a home workout on Tuesday as she candidly discussed the difficulties of trying to navigate a blended family amid the UK...
Read more

Michelle Keegan is awkwardly interrupted by her barking dogs

0
Michelle Keegan was awkwardly interrupted by her barking dogs during a live This Morning interview filmed from her bedroom on Tuesday. The 32-year-old could...
Read more

0
India's 1.3 billion people will go under "total lockdown" from midnight Tuesday (1830 GMT) for 21 days to combat the spread of the coronavirus...
Read more

Doctor’s Note: Can coronavirus spread through the air?

0
The spread of the coronavirus has been rapid and aggressive, leaving most of us thinking carefully about how we socialise with each other, how...
Read more
- Advertisement -
intercontinental
news