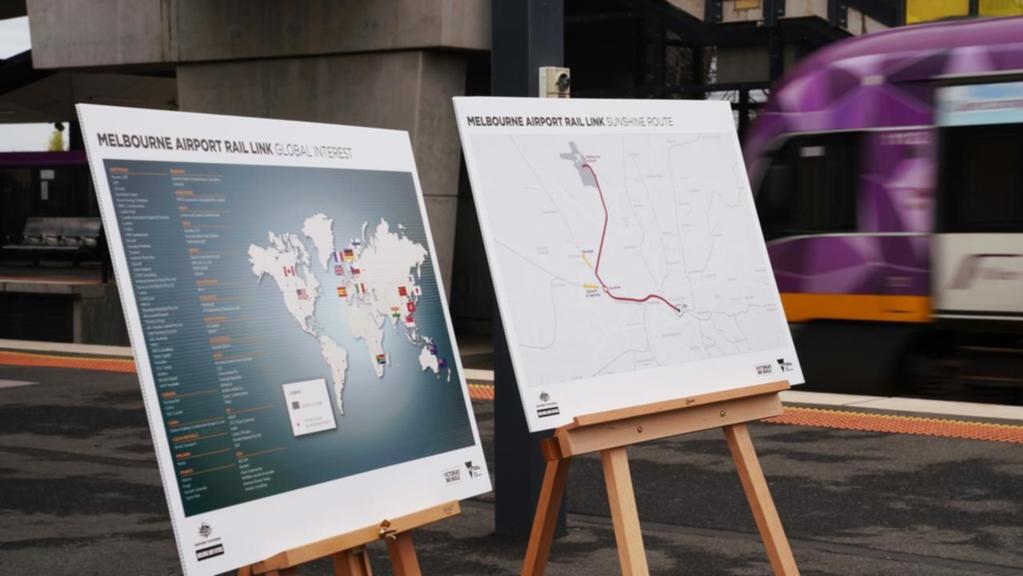 A Tourism & Transport Forum survey has found that four out of five Australians favour a dedicated express rail service to connect Melbourne’s city centre to the airport.

The survey of more than 2700 people nationally showed that 82 per cent of the respondents want a train connecting the two points every 10 minutes, with travel time between the two slashed to 20 minutes.

The Victorian government in November unveiled a $50 billion suburban rail loop plan that will connect to an airport rail.

“The Melbourne Airport rail link needs to be a dedicated service and not be part of the suburban rail network which is already at capacity and subject to delays across the commuter network,” TTF chief executive Margy Osmond said.

“This is game-changing infrastructure and a once in a generation opportunity that Victoria must get right.”

“As Melbourne’s status as a global tourism destination continues to grow, this is such an important opportunity to show the city is truly world-class,” Ms Osmond said.

A record 37.3 million people travelled through Melbourne airport in the 2018/19 financial year.

Currently, passengers’ use taxis, buses and rideshare services to get to and from the airport.

Uber announced in June that Melbourne would be the third city in the world to test Uber Air flights to connect the city to the airport.

“With more people choosing Melbourne as their holiday destination, we must deliver world-class transport to meet the demands of today’s global traveller.”

0
Fearne Cotton enjoyed a home workout on Tuesday as she candidly discussed the difficulties of trying to navigate a blended family amid the UK...
Read more

Michelle Keegan is awkwardly interrupted by her barking dogs

0
Michelle Keegan was awkwardly interrupted by her barking dogs during a live This Morning interview filmed from her bedroom on Tuesday. The 32-year-old could...
Read more

0
India's 1.3 billion people will go under "total lockdown" from midnight Tuesday (1830 GMT) for 21 days to combat the spread of the coronavirus...
Read more

Doctor’s Note: Can coronavirus spread through the air?

0
The spread of the coronavirus has been rapid and aggressive, leaving most of us thinking carefully about how we socialise with each other, how...
Read more
- Advertisement -
intercontinental
news