Morgan netted in the USA’s huge semi-final win over Phil Neville’s Lionesses, but rather than the goal itself it was the tea-sipping mime in the aftermath that hit the headlines.

Piers Morgan was among those to slam Morgan, tweeting ‘make those cocky yanks choke on it’, and Rapinoe has come out in defence of her team-mate. 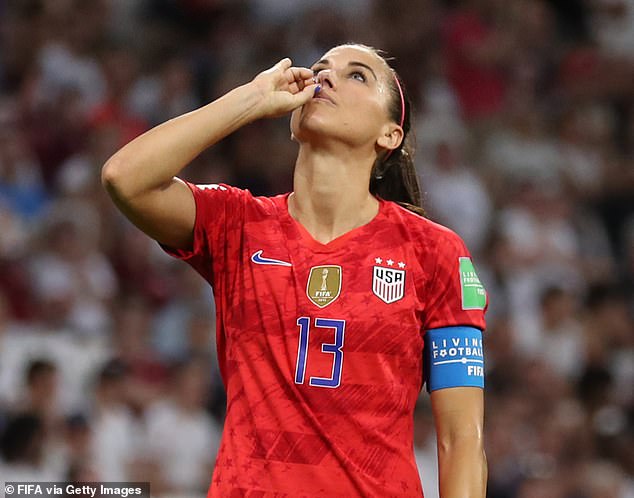 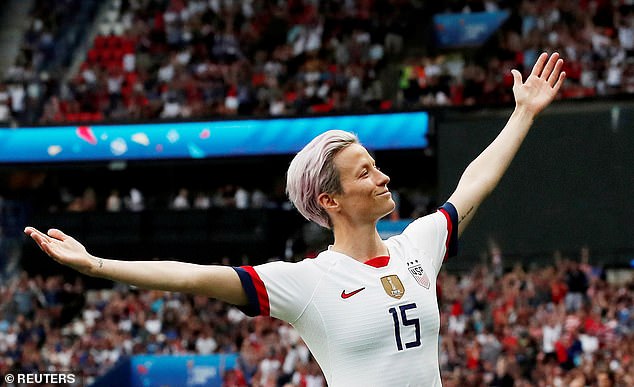 In an exclusive interview with the BBC, she said of the World Cup: ‘There was lots of talk about arrogance, celebrating too much, but this is what you want.

‘These are the goals you want and this team is giving it to you – it’s defiance but it’s cheeky. I feel like we’re going to have fun. We have a very serious role to play so it is kind of a balance of that.

‘We have always done this – we have done cartwheels, sang into microphones, made snow angels when we played in the snow.

‘The next level trolling with the tea [by Alex Morgan] is so funny; it’s so funny because you English are so uptight sometimes. It was just so perfect, you know?

‘I said after the Thailand game [where the USA team were criticised by pundits and former players for their celebrations in a 13-0 win at the World Cup in June] – if anybody wants to come after us for not playing the right way, for not being good ambassadors, then I am happy to have that conversation.’ 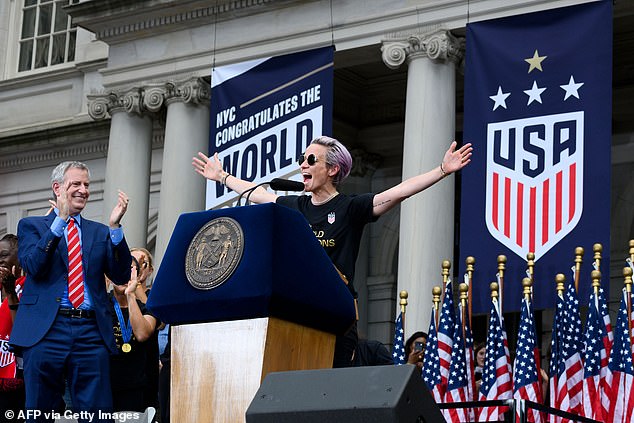