A former bricklayer who was at the centre of a coronavirus prison scare has been jailed for more than 10 years after he became a glorified ‘enforcer’ of drug debts within a multi-million pound drugs ring.

Mark Rumble lived life on the run in Thailand for five years after taking a coincidental holiday to Egypt in March 2015 when his associates were arrested, the court heard.

The 31-year-old was eventually made the subject of an international arrest warrant, remanded in custody in Thailand before he was extradited back to the UK, landing in Heathrow airport on January 27 this year, amidst the start of coronavirus outbreak. 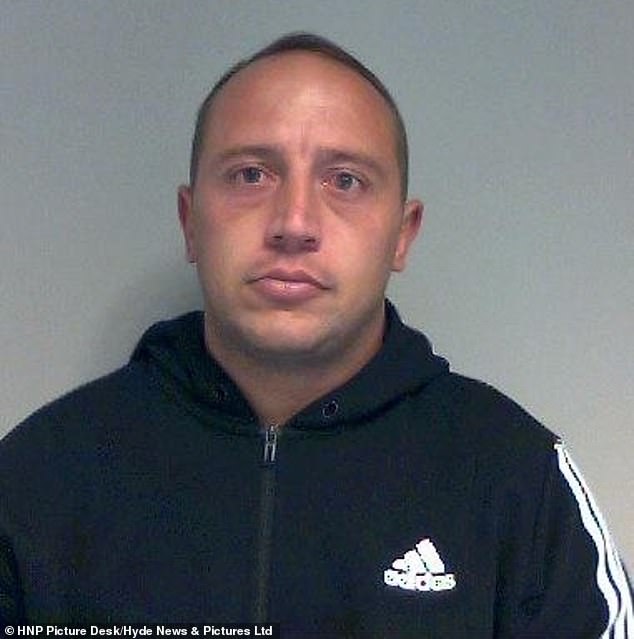 After arriving as a prisoner in the UK, Rumble collapsed in his jail cell in Oxfordshire, sparking fears he may have contracted the killer virus along with two other inmates and a whole wing of Bullingdon prison in Bicester, was shut down by medical experts.

Later, he tested negative and he was free to appear in Oxford Crown Court.

The 31-year-old, who was described as ‘First Lieutenant’ and the second in command in a 15-strong crime gang, admitted conspiracy to supply cocaine, cannabis and amphetamines, and possession of methoxetamine with intent to supply. 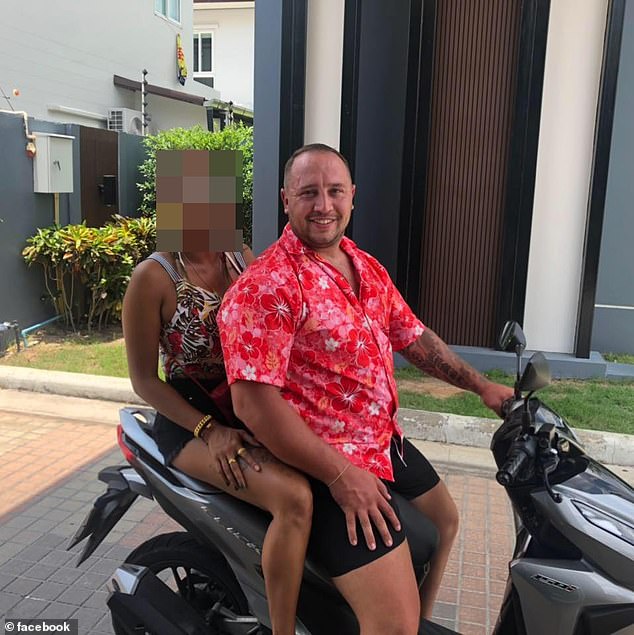 The court heard of the rise and fall of his sophisticated drugs gang which used code words and even had a James Bond style ‘smugglers compartment’ hidden behind the radio of one of their cars.

‘Even those who knew it was there struggled to find it. It needed the pressing of buttons in the right order and the window wipers to be in the correct position before one could sufficiently get behind it,’ Mr Roques said.

After bugging the big boss Neil Wadley’s car, the serious organised crime squad gathered over a year’s worth of evidence, the court heard.

In one of the many examples given of Rumble’s violence, the judge heard how the defendant had given fellow employee Gary Hunt a broken nose after he had failed to show up for work following the death of his uncle.

After many months of gathering evidence, on March 11 2015 the serious crime unit moved in and arrested all of Rumble’s colleagues including leader Wadley, of Pound Lane, Didcot, Oxfordshire, who was hiding in Spain.

However, the court heard just two days before the arrest. Rumble and his then partner, Samantha Berry, flew to Sharm-El-Sheik in Egypt for a one week holiday.

Following news of the arrests, Rumble flew to Spain and ended up living in Thailand for five years where he met his wife and fathered a child. 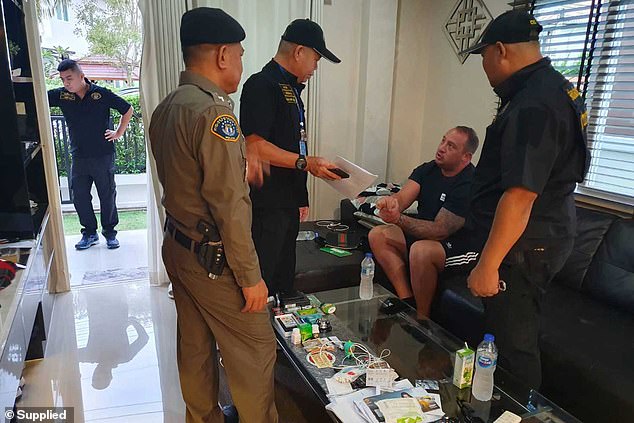 The judge heard how the 31-year-old, also from Didcot, had turned his back on criminality while in Thailand, earning a lawful living working as an estate agent and he was learning to read and write in Thai.

Defence barrister Christopher Blake said: ‘Mr Rumble said ‘all I have got out of this was some good clothes, some good holidays and access to other people’s cars.’

‘There is nothing lavish that suggests Mr Rumble was living in any way a lifestyle that was afforded Neil Wadley.’

Judge Peter Ross told the defendant that he believed he had ‘grown out of crime’ but was sentencing him for conspiracy to supply six kilos of cocaine, 50 kilos of cannabis and three kilos of Amphetamine as well as possessing three kilos of Methoxetamine. 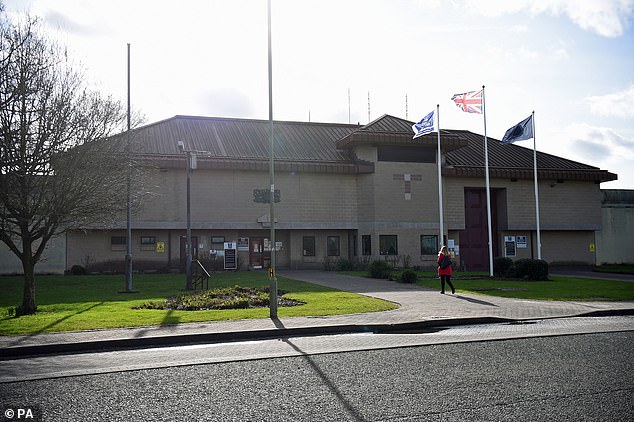 ‘Mark Rumble, I have to sentence you for your part in a significant organised crime operation led by a man named Neil Wadley.

‘You were his trusted aid, his first lieutenant. You were trusted to move drugs and money. Significantly because of your previous convictions you were his enforcer and this was a significant operation that operated across the Home Counties.

‘I frequently say when dealing with drug dealers that you peddle misery. Most Monday mornings I sit on a drugs review court and I see the wreckage of humanity in the grip of addiction.

‘I see the destruction of lives. I see young men who commit burglary and robbery in order to fund their habit. I see young women who steal from shops and in certain cases, turn to prostitution. I see the reality of the risk they run daily in their desperate efforts to obtain money for drugs.

‘No-one is in any doubt that this is an evil trade.’

Sitting in Oxford Crown Court, the judge sentenced him to a total of 10 years and eight months imprisonment.

Rumble- who was sent to Bullingdon prison – was ordered to pay £3,000 in costs after four members of the serious organised crime unit had to fly to Thailand to extradite the prisoner and the expensive translation of his international arrest warrant.

Rumble was the last defendant in a major drugs investigation which convicted 18 defendants who received a total of 115 years and fours months imprisonment.