From Ike and Mercy’s relationship to Seyi and Tacha’s love turned sour, Frodd and Esther’s short-lived affair, it’s obvious that the housemates are sexually tensed.

From kissing to smooching and Elozonam’s dry humping of Diane, housemates can’t wait to water down the sexual tension in the house.

ALSO READ: Here’s why Khafi and Tacha’s friendship is causing a stir in BBNaija 2019

Apart from the usual fights and drama that are synonymous with hours after the Saturday Night Party, the house is also intimately charged.

Seyi made it known that he had a serious relationship outside the BBNaija Pepper Dem house despite being referred to like the Sugar Daddy or Sucre Papito. In a discussion with Frodd, Gedoni, and Ike, Seyi said he won’t want to destroy his relationship of four years over a three months stint in the BBNaija House. He said he would rather masturbate than throw his four years away. However, he became close to Tacha for some weeks before his second Veto Power ruined the relationship. Seyi spent quite a lot of time with Tacha and sometimes in questionable positions. He once told Venita that one of the reasons he enjoys Tacha’s company is because she passes some vibes that are similar to the vibes he gets from his girlfriend. Some viewers believe that the tension between the two can be doused by intimate pleasures although many viewers don’t agree to that.

Gedoni and Khafi are regular customers of sexual tension. Hardly did they put up any fight as they willingly gave in to their mutual sexual demands over and over and over again. Often seen together and most times blessing viewers’ sights with make-out sessions, these two clearly understood that when the body needs intimate relief, it should get it. Although Gedoni has been evicted, Khafi seems to be keeping it together. 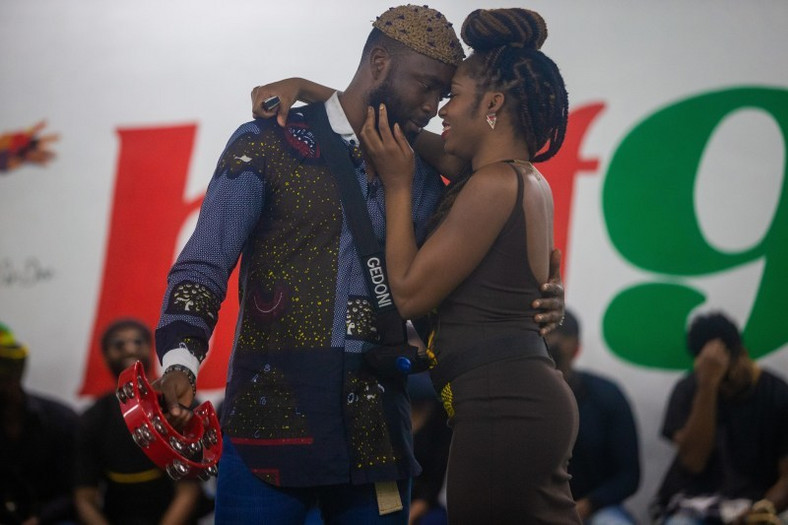 Gedoni and Khafi looking so intimate together. [BBNaija Content Bank]

3. Ike can’t be celibate for more than a month

Ike painted the image of a bad boy returning to Nigeria after several escapades in the United States of America. And after a few weeks in the BBNaija house, he fell head over heels in love with Mercy. Ike and Mercy have been hit hard by sexual tension so much that every moment together is a battle not to give in to basic desires. You can tell that both parties are fighting hard not to give in to the urge. The frequent make-out sessions are not even helping the situation. Mercy seems to be managing fine, but Ike is a different story entirely. Ike told Frodd, Seyi, and Gedoni during a conversation that it was easy to keep it together for one month, but two months was a different story.

Mercy and Ike have experienced sexual tensions in the BBNaija 2019 house. [Africa Magic/BBNaija]

Just like Ike, Mercy has been hit hard by the sexual tension in the house. However, as she battles every moment with Ike not to give in to basic desires, she seems to find solace in her sex toy. While Ike seems not to be enjoying dry humping, Mercy seems to be managing fine. In a conversation during one of their moments together – witnessed by Frodd – she said Ike is rough playing and she fears what he would do to her if they have sex. 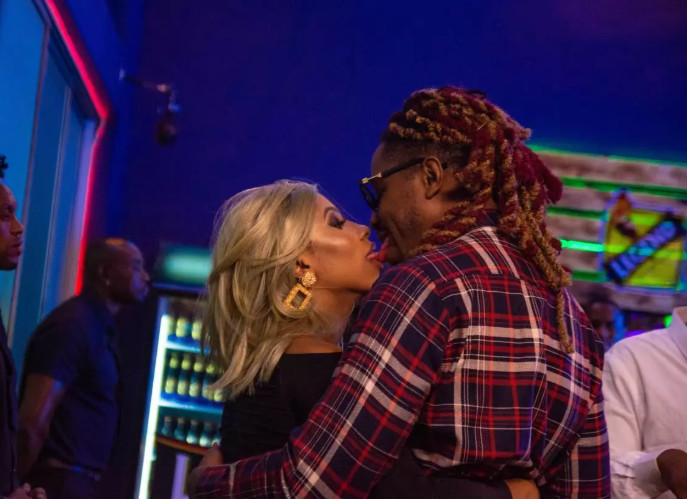 Mercy is trying all her best not to give in to the sexual tension in the BBNaija house. [Africa Magic/ BBNaija]

5. Frodd would keep it tight till the end

Frodd believes that he keeps the tension within himself. While Esther was in the house, she got quite close to Frodd, who tried effortlessly to get down with her but to no luck. The sexual tension got to Frodd at some point that he pulled his boxers for Esther to see his erection but was denied any intimacy till three days later when she kissed him. When asked recently by Ebuka Obi-Uchendu, Frodd intends to keep himself pure till the final day of the show. 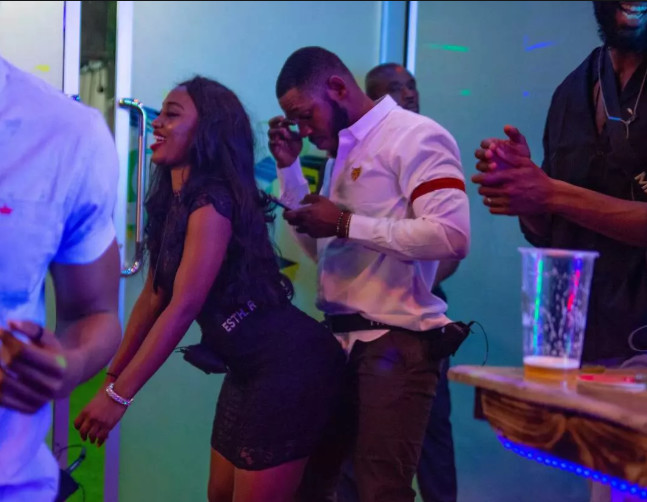 BBNaija housemate, Frodd had his sexual tension doused with a kiss from Esther.[Africa Magic/ BBNaija]

Elozonam and Diane have been getting close for over three weeks and it’s believed that work has been set in motion. The pair are getting close and viewers wonder how long before they give in to the sexual tension between them. Not many viewers spotted the pair dry humping until Ebuka Obi-Uchendu revealed the moment with other housemates during one of the Sunday Live eviction show.

With happenings in the last 10 Saturdays, it’s convenient to say it’s a lot easier to stir up sensations when some housemates have had lots of drinks all night and dancing in sensual positions that would ordinarily trigger sexual desires. Sir Dee once confessed that while he was dancing with Diane on a Saturday, he felt a sensual sensation and had to excuse himself. Most of the Housemates return to the house a little friskier than usual find solace in the hot tub or go right to sleep, possibly to calm the jumpy sensual nerves. It was on nights like this that a visibly excited Omashola rush over to playfully spank Mercy’s bare bottoms. On other Saturdays, he was seen playfully expressing the sensual tension in him towards Venita. Another scene was Venita’s last Saturday in the house when she was trying to sort out an issue with Mercy in the HoH room and he couldn’t help but exhibit horny state. After the exit of Gedoni, Omashola has been showing signs of being sexual tension’s advocate and ready to make a move on Khafi.

Share
Facebook
Twitter
Pinterest
VK
WhatsApp
Previous article‘Your face is not encouraging me,’ Burna Boy rants at a fan during his show in Atlanta (Video)
Next articleArabs Abroad: The Politician and the Inventor
- Advertisement -