A wallaby has survived being hit by a car and trapped behind the vehicle’s grill overnight during an unexpected 300km road trip.

The young marsupial was hit by a family in a car in Laura, in Far North Queensland, on Thursday afternoon.

The family got out of the car to try and find the wallaby, but assumed he had hopped away after failing to track him down. 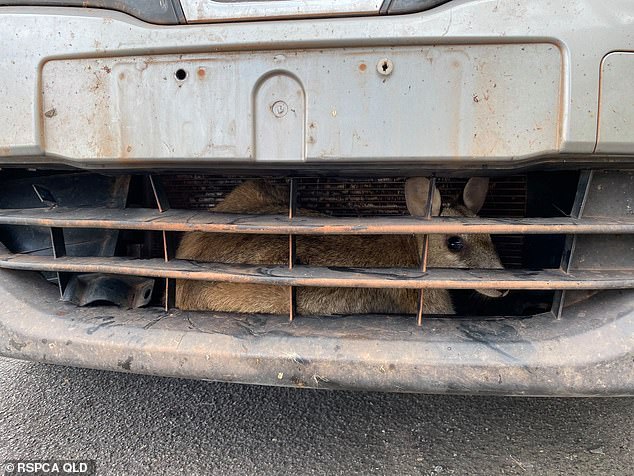 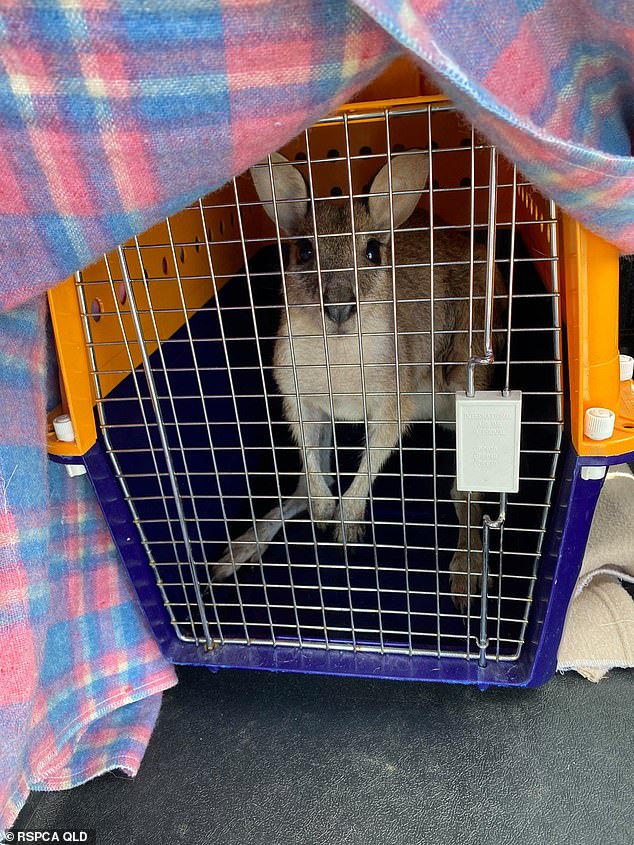 The young mammal (pictured) was eventually found in the car and taken to safety, after spending a night in the car

They continued their drive to Cairns – which was three and a half hours and a staggering 304km away – before going to sleep at their accommodation.

But the next day the family heard a noise coming from their car, and was shocked to discover the wallaby inside the vehicle’s grill.

RSPCA Cairns Inspector Ben Newman was called to free the wallaby – who was rescued by Friday afternoon.

‘This would have to be one of the greatest animal survival stories of all time.

‘Incredibly he only had a few scratches and after a visit to the vet was deemed fit to be returned to the wild.’ 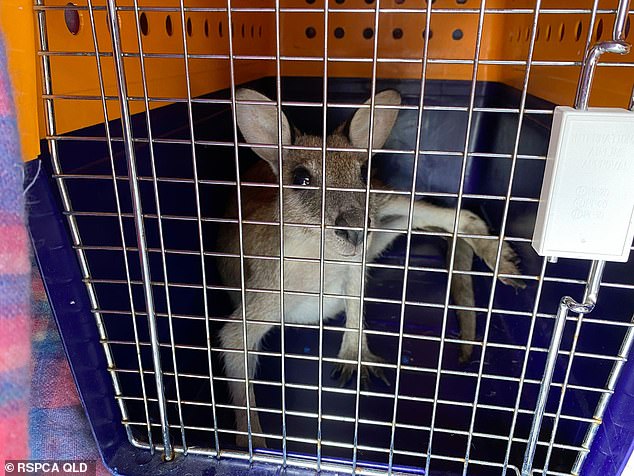 The next day the family heard a noise coming from their car. The family went to inspect the noise and were shocked to discover the wallaby (pictured) inside the vehicle’s grill