A group of daredevil teenagers have been spotted risking their lives to take selfies on a 12-storey ledge of a five-star Sydney hotel.

Death-defying images of school kids dangling their legs over on the edge of the Hyatt Regency in Darling Harbour were captured by a businessman on Wednesday.

The man, who did not want to be identified, was working in an office overlooking the luxury hotel when he saw the teens scaling the tall building. 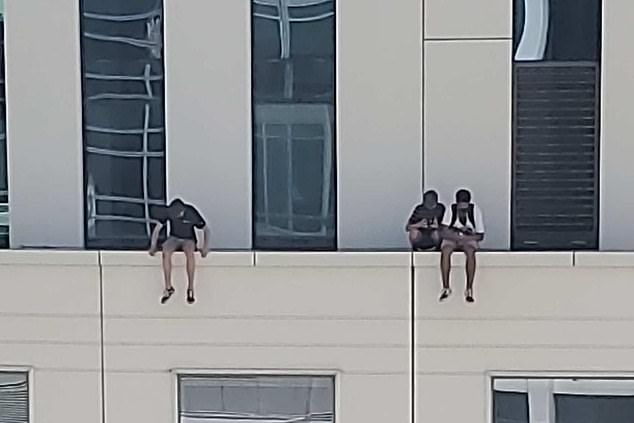 Pictured: Teenagers dangling their feet over the edge of the Hyatt Regency hotel in Darling Harbour 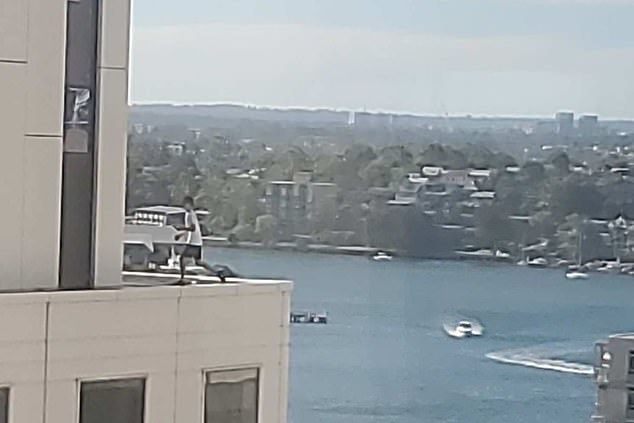 ‘They proceeded to sit down and started taking selfies while hanging their legs off the edge,’ he told the ABC.

Hours later, he saw another group walking across the ledge to take selfies.

‘I looked closer and there was a whole bunch of school kids on the fire escape stairs,’ he said.

The hotel’s director of marketing and communications Marianne O’Donoghue told the publication that security guards raced to the 12th floor and told the children to get down.

They fled the scene before police arrived.

‘We were alerted that people had entered the hotel who weren’t staying there and our security guards immediately investigated and went and found them and ejected them from the building,’ she said. 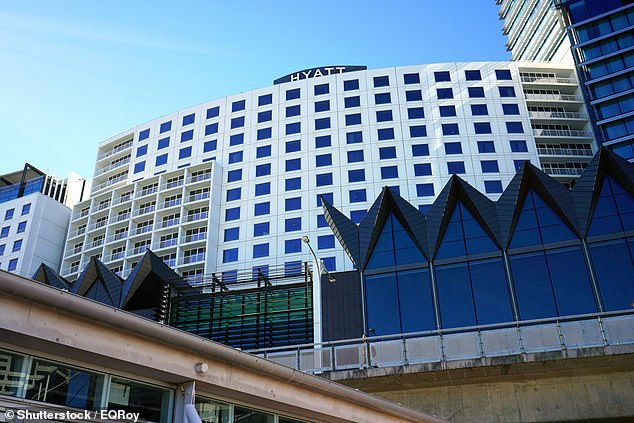 Pictured: The Hyatt Regency in Darling Harbour. The building has 15 floors and is the largest five-star hotel in Australia

Ms O’Donoghue said the teenagers got to the 12th floor via public doors and thoroughfares.

‘We’ll continue to monitor activity in and around the hotel as it happens but this is a rarity and not something we’ve dealt with on a regular basis.’

About four people have died trying to capture the perfect selfie in NSW since 2018.