An ‘aggressive’ driver allegedly flipped his car in a McDonald’s drive-through, freed himself and then head-butted a firefighter.

Emergency services called to the fast-food restaurant at Eramosa Road at Somerville, south of Melbourne, around 12.40am on Saturday found a car had crashed into a bollard in the drive-through and flipped on its side.

The man acted in an ‘aggressive manner’ once he clambered out, Victoria Police spokeswoman Sergeant Julie-Anne Newman said. 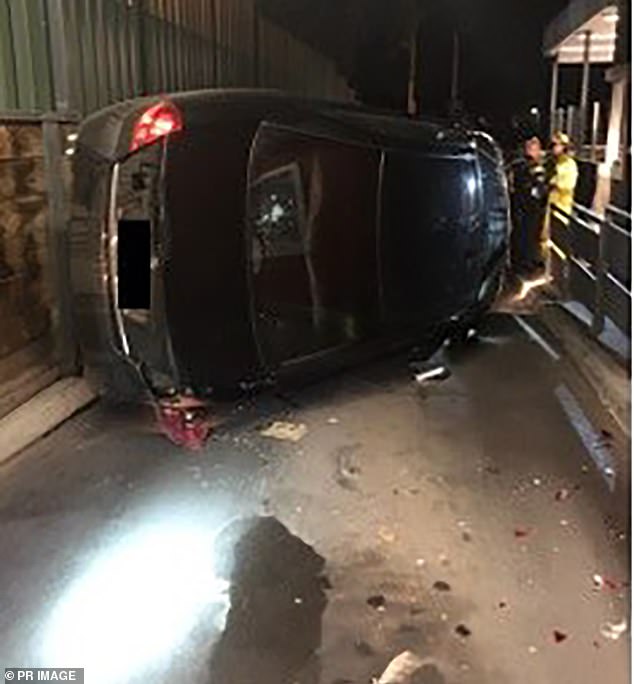 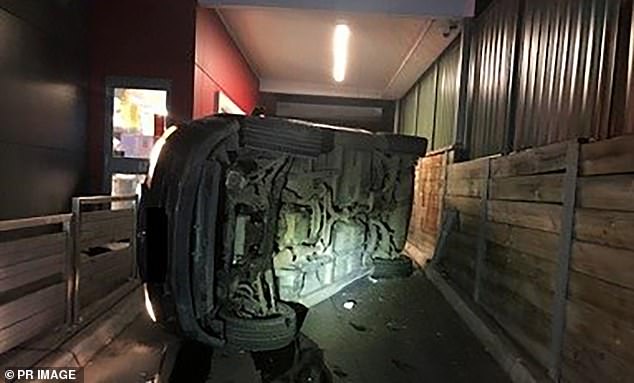 Police alleged the driver, 23, pushed a paramedic and headbutted a firefighter after managing to free himself from the car

The 23-year-old driver pushed a male paramedic and headbutted a Country Fire Authority officer after he freed himself, she added.

The Tyabb man was restrained before paramedics treated him and took him to hospital.

Police are investigating whether the driver also abused staff at the drive-in window prior to the crash.

It is expected the man will be interviewed in relation to assaulting an emergency service worker and traffic offences, police said.