With a surname like mine, I was always going to grow up being acutely aware of James Bond.

And from the moment I was taken to see You Only Live Twice as a birthday treat, Bond was always Sean Connery.

Tall, menacingly muscular and with a mischievous charm that mixed a gentle Scottish brogue, a secret smile and that famously lisped ‘s’, Connery set the benchmark for 007.

Leave aside the endless arguments about who was the best Bond, the key thing is that Connery was the first and set the standards by which all his successors would be measured. And as a small boy, I loved him. 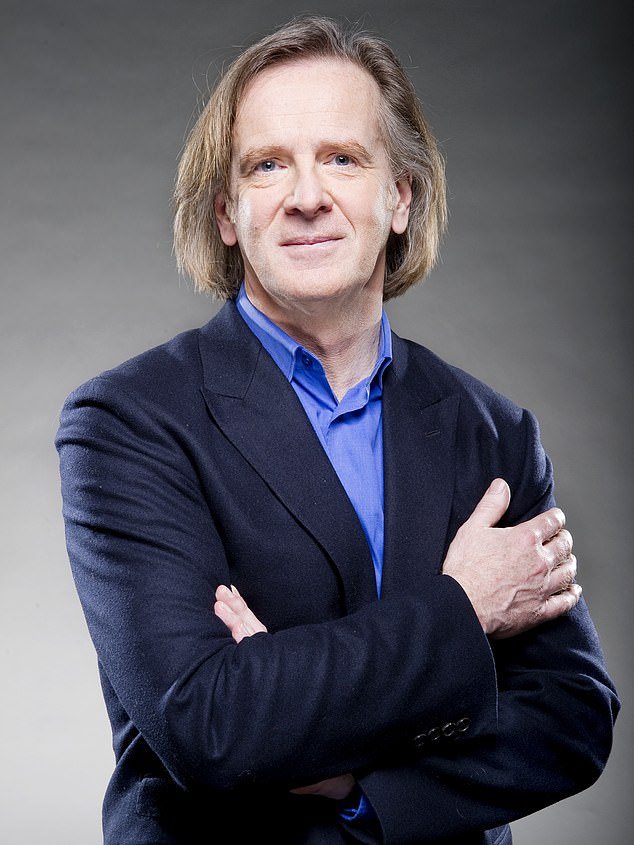 With a surname like mine, I was always going to grow up being acutely aware of James Bond, writes film critic MATTHEW BOND

It didn’t matter that he would only make one more good Bond film (let’s draw a veil over the ill-advised Never Say Never Again) before handing over the Walther PPK to Roger Moore, his four earlier outings as Britain’s most famous secret agent would be repeated regularly on TV, becoming a formative part of so many childhoods, mine included.

Made in quick succession, Dr No (1962), From Russia with Love (1963, Goldfinger (1964) and Thunderball (1965) established the iconography of the character – the guns, the girls, the villains – so much so that it was sometimes difficult to know where James Bond ended and the real Connery – in real life a famously private individual – began.

It was during Connery’s crucial tenure of the role that so many key elements of the franchise were established, moments and supporting characters that still echo down the decades.

Ursula Andress emerging from the sea in that bikini, Ernst Stavro Blofeld and his cat, Miss Moneypenny, Honor Blackman introducing herself as Pussy Galore…. ‘I must be dreaming,’ came the famous reply that seemed as much Connery as it did Bond. 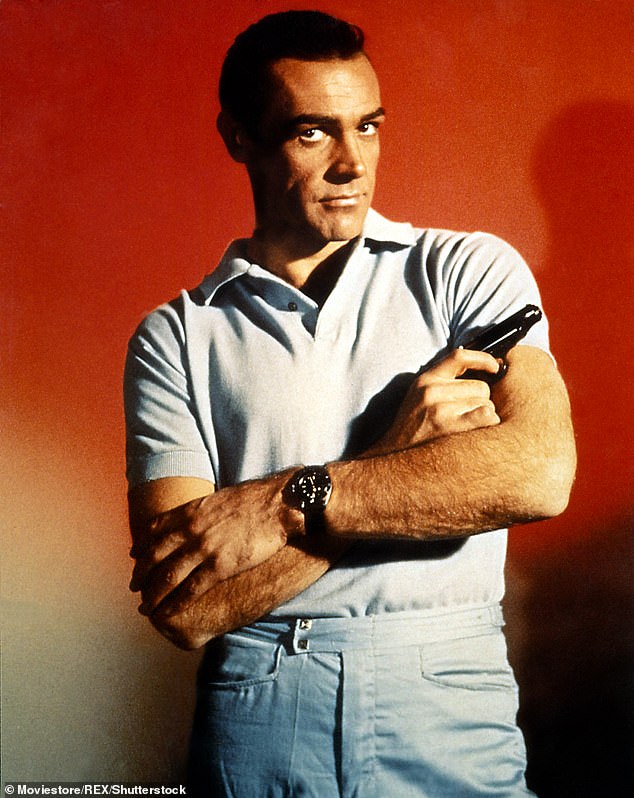 Tall, menacingly muscular and with a mischievous charm that mixed a gentle Scottish brogue, a secret smile and that famously lisped ‘s’, Connery set the benchmark for 007. Pictured: Sean Connery as James Bond in Dr No

None of these moments or characters would be the same without Connery’s Bond and, as a film critic, it’s been fascinating to see how when its producers sought to revitalise the franchise in the early noughties by casting Daniel Craig in the role they repeatedly went to back to Connery’s interpretation for inspiration.

Only this time, of course, it was Craig coming out of the sea in tight swimwear.

Here once again was a Bond who was thoroughly masculine, could be as cruel as he could be charming and, perhaps most crucially of all, looked good in towelling. Craig’s Bond is very much part of Connery’s legacy.

Given how closely Connery was associated with Bond, he could easily have struggled to land good film roles once he finally decided to give up the character – for what, at the time, seemed liked good – after Diamonds are Forever.

After all, what producer or director wants an audience to think ‘oh look, it’s James Bond’, the moment Connery sauntered into shot?

But Connery, who at 41 gave up Bond at a younger age than some of his successors would take it on at, was too young, too good and simply too commanding a screen presence for that to happen.

The same screen charisma that Alfred Hitchcock had spotted to cast him opposite Tippi Hedren in Marnie (a film which Connery somehow managed to make between From Russia with Love and Goldfinger) was still there 25 years later when Steven Spielberg chose him to play Indiana Jones’s father in Indiana Jones and The Last Crusade. 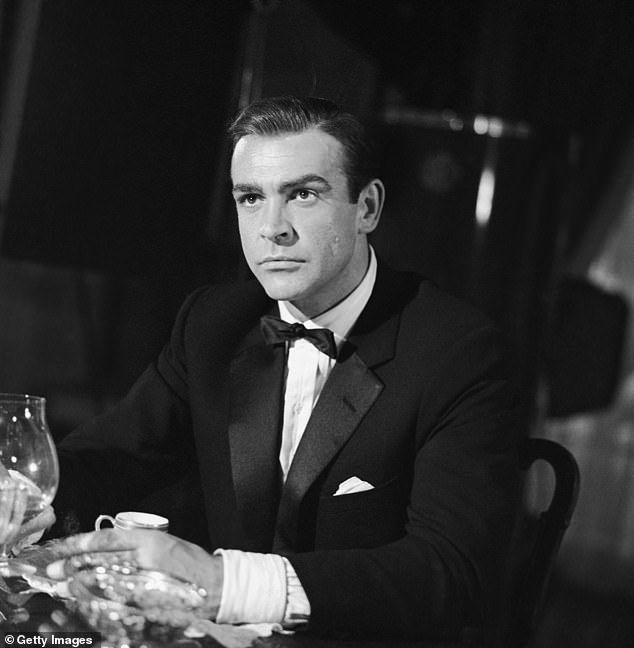 from the moment I was taken to see You Only Live Twice as a birthday treat, Bond was always Sean Connery

Just because Connery’s time as Bond was over didn’t mean the camera had stopped loving him… or audiences for that matter.

Not everything he did was good after 007 but enough of it was. Connery was always a star.

Despite earning a reputation for being prickly and even pugnacious, he was modest enough to make supporting contributions to star-studded and much-loved ensemble productions such as Murder on the Orient Express and A Bridge Too Far.

But I liked it best when he was back where he belonged – centre-stage – in the likes of The Name of the Rose, The Hunt for Red October and a less well-known personal favourite, Five Days One Summer.

His only Oscar was won for his supporting performance in Brian De Palma’s The Untouchables, a film that – alas – I’ve never seen.

But I have seen him striking up an unlikely sexual chemistry with Catherine Zeta Jones in Entrapment, despite a near 40 year age gap, and doing his gallant late-career best – in the face of terrible rows apparently with the director – in The League of Extraordinary Gentleman, a comic-book adaptation about a strange alliance of Victorian literary adventurers. It was to be his last starring role.

Connery has been missing from the big screen from a long time but his death reminds us of his fine and enduring career and his extraordinary film legacy.

He was the first James Bond, possibly the best and no-one ordered a vodka martini quite like him. ‘Shaken, not shtirred’.