Amid a worsening death toll, soaring infections, and intense pressure on the NHS, the Covid crisis could hardly appear more grim.

But as the new year begins, the vaccination programme provides genuine hope that the disease could be conquered.

This crucial initiative was given a huge boost on Wednesday by the approval of the Oxford-AstraZeneca vaccine, which is a game-changer because it’s easier to produce, store and distribute than other types. 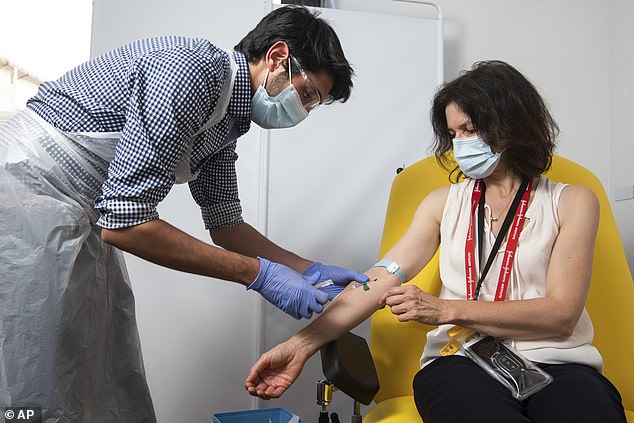 Rather than thinking creatively, a box-ticking mentality is thwarting would-be NHS returnees, with potentially serious consequences for patients

Based on a potential rate of two million jabs a week once the programme is fully operational, it is possible that no fewer than 30million people could be vaccinated by the summer, providing real immunity across the nation.

However, that uplifting prospect will only be realised if there are sufficient vaccinators to deliver the huge number of jabs required. The task is far too big for the NHS workforce, which is struggling to cope with the burden of Covid alongside its other responsibilities.

So the programme will have to rely on a large number of volunteers to meet this colossal challenge.

The good news is that there is an army of retired medical personnel eager to help, including not just former GPs, but also surgeons, physicians and nurses.

Indeed, when the Covid pandemic began, more than 40,000 of these experienced professionals applied to return to the NHS so they could assist in the response. 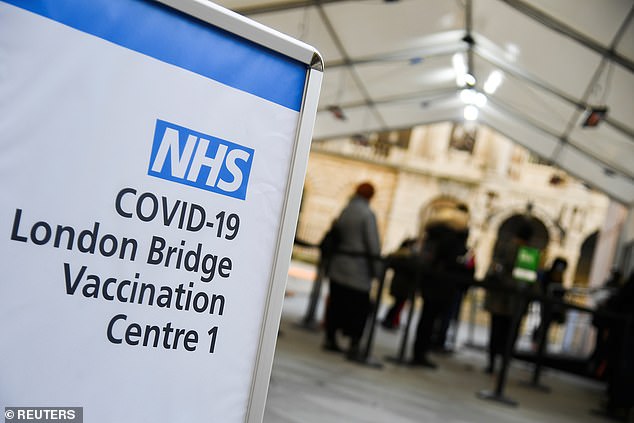 As the new year begins, the vaccination programme provides genuine hope that the disease could be conquered. A vaccination centre in London is pictured above

The bad news is that there are worrying signs that this precious resource is being hampered by the Government and NHS management, just when it could be utilized to dramatic effect – and the problem appears to be in excessive bureaucracy.

Instead of welcoming back skilled, dedicated former staff, officialdom seems to be smothering the whole recruitment process in dispiriting layers of red tape.

Rather than thinking creatively, a box-ticking mentality is thwarting would-be NHS returnees, with potentially serious consequences for patients.

Applicants are required to provide at least 21 pieces of documentation to prove they have undertaken training in a range of fields, many of which have nothing to do with the vaccination programme.

Some checks, of course, are needed. After all, the NHS does not want to hire people who don’t know what they’re doing. In particular, any volunteer vaccinator must be able to react effectively to cases of either a severe allergic reaction or a cardiac arrest.

But some of these bureaucratic demands are ridiculous, such as the requirement to be certified in ‘fire safety’, ‘conflict resolution’, or ‘preventing radicalisation’.

In the midst of the present desperate crisis, it makes little sense to require ex-medical professionals to provide documentary evidence that they have undertaken instruction in ‘equality, diversity and human rights’ or ‘data security awareness’ in order to deliver vaccinations.

What we need from NHS bosses to ensure the success of the vaccine programme is a sense of urgency.

Instead, there is still the fixation with the checklist, as highlighted by this standard from NHS Professionals, the body in charge of human resources, to vaccinator applicants: ‘We have a stringent recruitment process in place in order to recruit a wide array of individuals from a variety of backgrounds.’

This is a moment not for the usual laborious stringency, but for dynamic pragmatism, and it is the skills of individuals that should be the priority here.

I fear that the heavy-handed approach is not just undermining the goodwill of applicants, but is acting as a worrying deterrent to badly needed recruitment.

Some retired doctors have already expressed disillusion, like Dr Brian Cooper from Bromsgrove, who was approved to help in the pandemic in April, but then heard nothing until he was called to an ‘uninformative’ Zoom meeting in November, after which there was silence again. 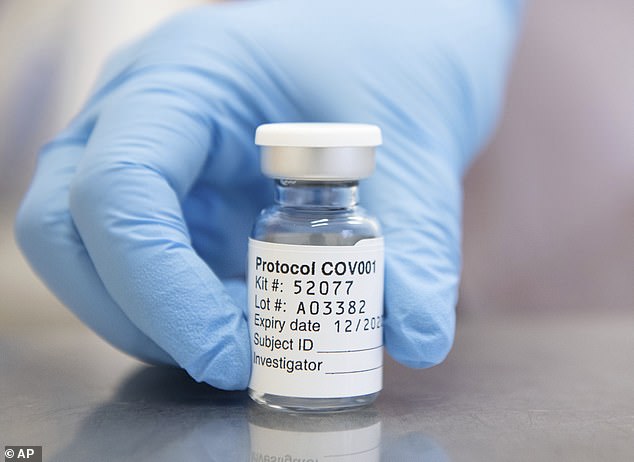 At present, there are probably just enough vaccinators in view of the limited supplies. But all that will change over the next four weeks as the Oxford jab becomes widely available. The vaccine is pictured above in development

‘There seems an inability of the NHS to ease its red tape regulations,’ he says.

Another potential volunteer complained that after spending two days on his application, ‘I am beginning to lose the will to continue’.

It would be a tragedy if all this medical expertise were to be lost. Some argue that the logjam in recruitment reflects a worrying lack of foresight when an efficient voluntary workforce should have been organised months ago.

But I actually think a bigger problem is over-planning, where managers envisaged their ideal structure and then stuck rigidly to their recruitment procedures.

At present, there are probably just enough vaccinators in view of the limited supplies. But all that will change over the next four weeks as the Oxford jab becomes widely available.

As well as the Covid vaccination programme, GPs have a host of other vital duties, including the expanded flu vaccination programme, child immunisation, and the ‘business as usual’ care, such as support for people with long-term conditions, and chronic illnesses. Indeed, the advent of Covid means that GPs’ burdens need to be relieved not expanded.

The Government and NHS has to get the vaccination programme right – and time is running short. The recruitment of volunteers must be speeded up.

Box-ticking officials might worry about supposed risks, but the real risk is that the disease could continue to rage if there are insufficient vaccinators.

Professor Marshall is chairman of the Royal College of General Practitioners