The only city in America where unemployment dropped in June has been revealed as Owensboro, Kentucky, a picturesque town of 60,000 on the Ohio River.

Owensboro was the only city among the 200 municipalities tracked by the Bureau of Labor Statistics that had a lower unemployment rate last month than it did in June of last year.

Owensboro’s unemployment rate was just 4.2 percent last month, compared to 11.1 percent nationwide. Kentucky overall was among the states with the lowest unemployment rates, at 4.8 percent.

Leaders in Owensboro cite the city’s healthy base of industry in sectors that have done well despite the coronavirus pandemic, including healthcare, bourbon distilling, tobacco products and personal protective equipment. 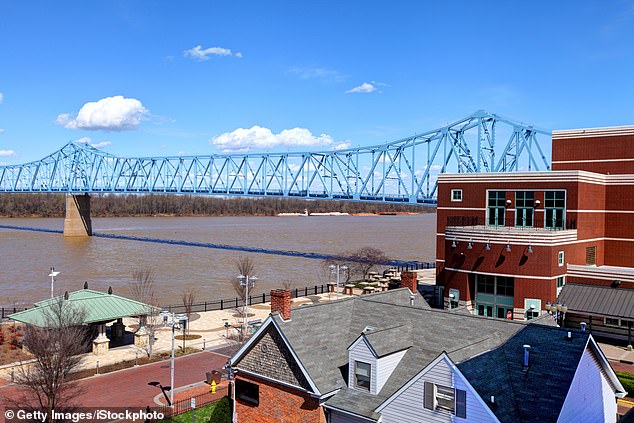 Owensboro, Kentucky, a city of 60,000 on the Ohio River, was the only US city that saw unemployment drop in June compared to the same month last year 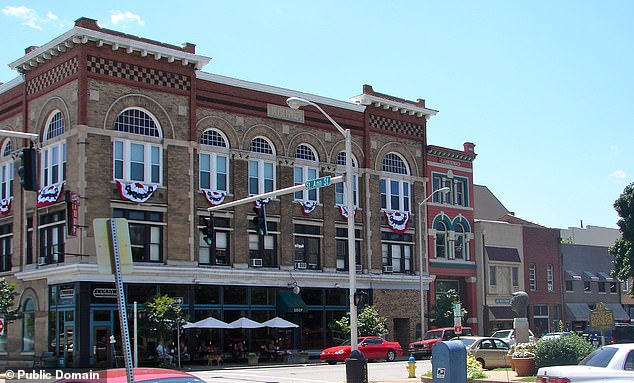 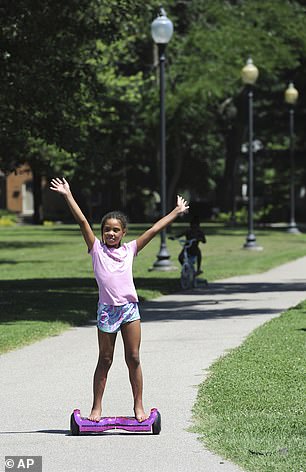 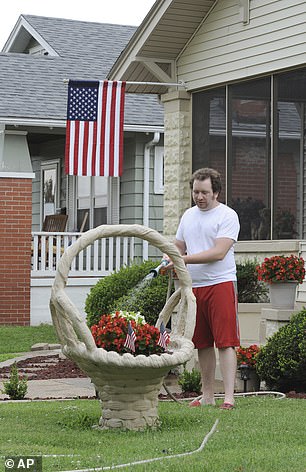 Owensboro residents are seen earlier this month. The employment situation in Owensboro was helped by the fact that some of its largest employers have not had to cut jobs.

‘We’ve managed it as a community,’ Owensboro Mayor Tom Watson told CNN Business of the city’s response to the pandemic.

Watson told CNN that the city had seen about 500 confirmed coronavirus cases, which led to 53 hospitalizations and eight deaths.

Officials say that the employment situation in Owensboro was helped by the fact that some of its largest employers have not had to cut jobs.

Like the rest of Kentucky and most of the nation, bars and restaurants in Owensboro have gone through rounds of shutdowns and layoffs, but larger employers in the area have been able to fill the gap.

The city’s largest employer, Owensboro Health Regional Hospital, has survived the pandemic well financially, according to the mayor.

A number of famed bourbon distilleries have also continued to operate at full capacity in Owensboro, including Glenmore and O.Z. Tyler.

Sazerac Company, which owns Glenmore, vowed in March to add 80 new jobs, even as the nation faced an unemployment crisis. 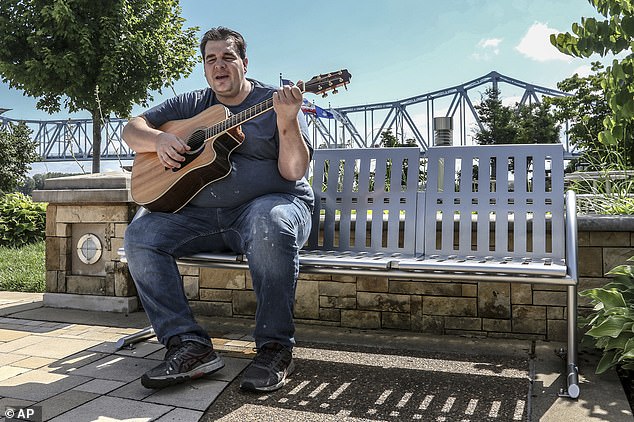 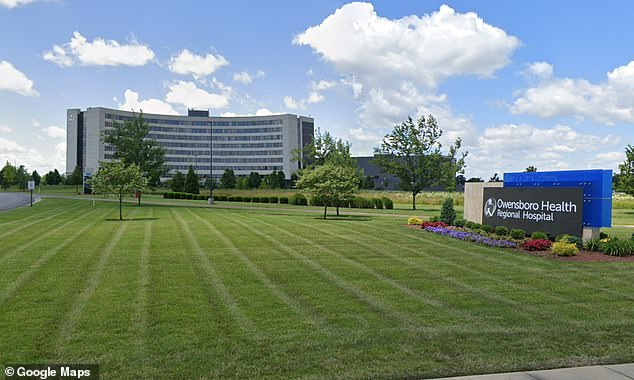 The city’s largest employer, Owensboro Health Regional Hospital, has survived the pandemic well financially, according to the mayor 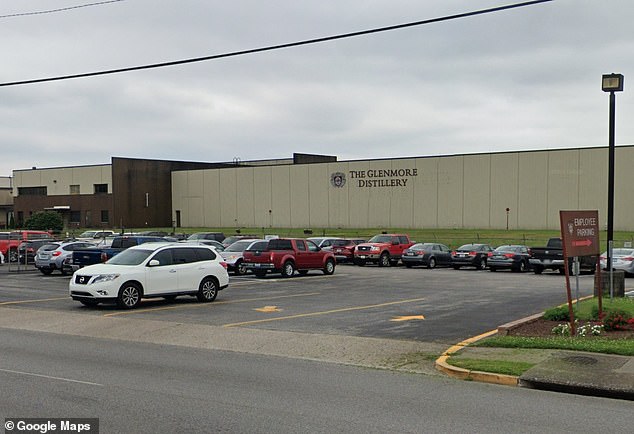 A number of famed bourbon distilleries have also continued to operate at full capacity in Owensboro, including Glenmore and O.Z. Tyler 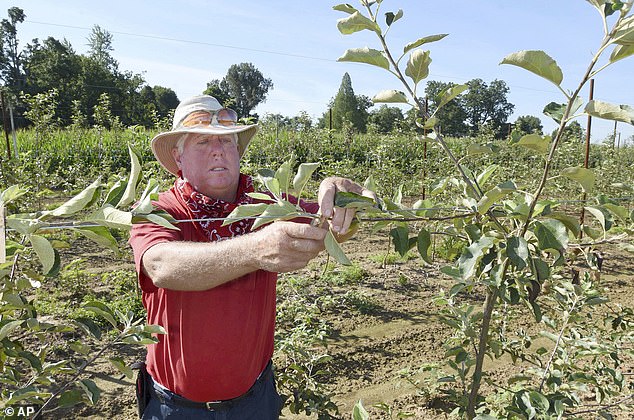 Billy Reid of the famed Reid Orchards trains the limbs of a yellow delicious apple tree on July 15 in Owensboro. Training the tree will help them to grow to fill the trellis system with branches and to have a good balance and to produce more fruit

Owensboro is also home to Swedish Match, a company that makes smokeless tobacco and smoking cessation products. The company said that its strong second-quarter growth in the U.S. had been fueled by demand for nicotine patches.

As well, workplace uniform company Unifirst has also been manufacturing personal protective equipment, which has been in high demand during the pandemic.

Owensboro’s good fortune was revealed a day after weekly jobless statistics for the whole of the US showed 1.4 million new unemployment claims – the second week in a row they have gone up.

The Labor Department’s report Thursday marked the 19th straight week that more than 1 million people have applied for unemployment benefits.

Before the coronavirus hit hard in March, the number of Americans seeking unemployment checks had never exceeded 700,000 in any one week, even during the Great Recession.

All told, 17 million people are collecting traditional jobless benefits, a sign that unemployment checks are keeping many American families afloat financially at a time of big job losses and agonizing economic uncertainty.

The U.S. economy shrank at a dizzying 33% annual rate in the April-June quarter – by far the worst quarterly plunge ever – as coronavirus shut down businesses, throwing tens of millions out of work and sending unemployment surging to 14.7%, the government said Thursday.

The Commerce Department’s estimate of the second-quarter decline in the gross domestic product, the total output of goods and services, marked the sharpest such drop on records dating to 1947.

The previous worst quarterly contraction, a 10% drop, occurred in 1958 during the Eisenhower administration. 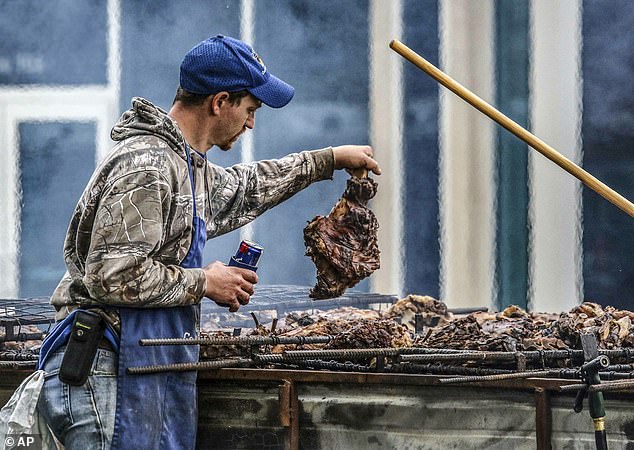 The city, which declares itself the ‘BBQ Capital of the World,’ takes pride in the annual International Bar-B-Q Festival and competition (above) 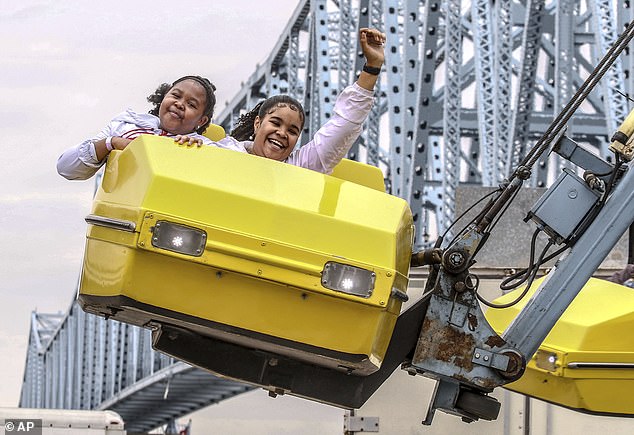 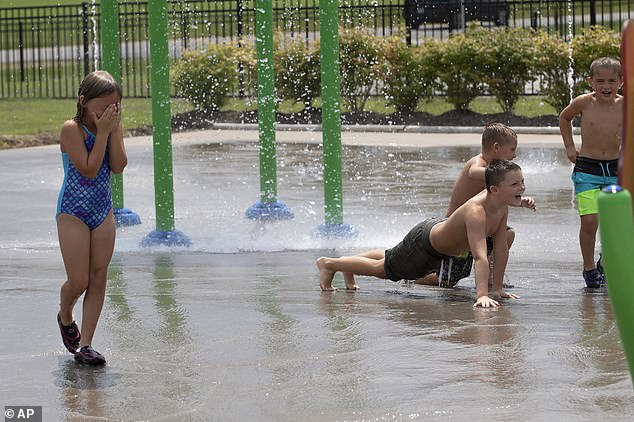 The fourth largest city in Kentucky, Owensboro is known as a family-friendly town with festivals and events throughout the year.

The city, which declares itself the ‘BBQ Capital of the World,’ takes pride in the annual International Bar-B-Q Festival and competition, which is normally held in May, but was cancelled this year due to the pandemic.

Owensboro’s annual bluegrass festival is also a highly anticipated event, and from spring until fall, free concerts are held every weekend on the downtown riverfront. 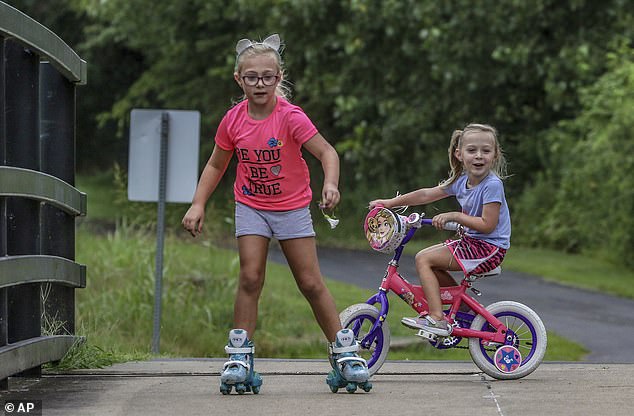 Children are seen playing in Owensboro on Thursday. Of the city’s households, 45 percent consist of married couples, and about a quarter had children under the age of 18 at home

The average commute in Owensboro takes 16 minutes. The median age in the city is 37, with the population spread fairly evenly among various age groups.

Of the city’s households, 45 percent consist of married couples, and about a quarter had children under the age of 18 living in the home.

First settled by European Americans in 1797, Owensboro was originally known as ‘Yellow Banks’ from the color of the land beside the Ohio River.

The modern name is in honor of Colonel Abraham Owen, who was a member of the Kentucky Legislature in 1798, and a member of the state constitutional convention the next year.