New York City has reversed its decision to transfer homeless individuals out of a luxury hotel on the Upper West Side, after some residents protested the transfer and others expressed outrage that the scheme was allowed to continue.

Mayor Bill de Blasio on Monday said that ‘the whole system is being looked at right now’ after facing criticism from all sides over his plan to house some 13,000 homeless people in hotels across the city during the coronavirus pandemic.

‘As the Mayor said this morning, at this time, while Commissioner Banks and Corp Counsel Johnson are reviewing the situation, we are not moving any clients from these locations as part of this initiative (moves in the normal course, such as to permanent housing, for example, may proceed),’ the Department of Homeless Services said in a statement to WABC-TV.

‘We want to make sure that each person is treated with dignity,’ de Blasio said at a press conference. ‘Again, I don’t think a temporary hotel placement should be misunderstood as the ideal. I don’t think it is the ideal. It was never meant to be the ideal. We got to get people to the right kind of location for them, so this is why the whole system is being looked at right now.’ 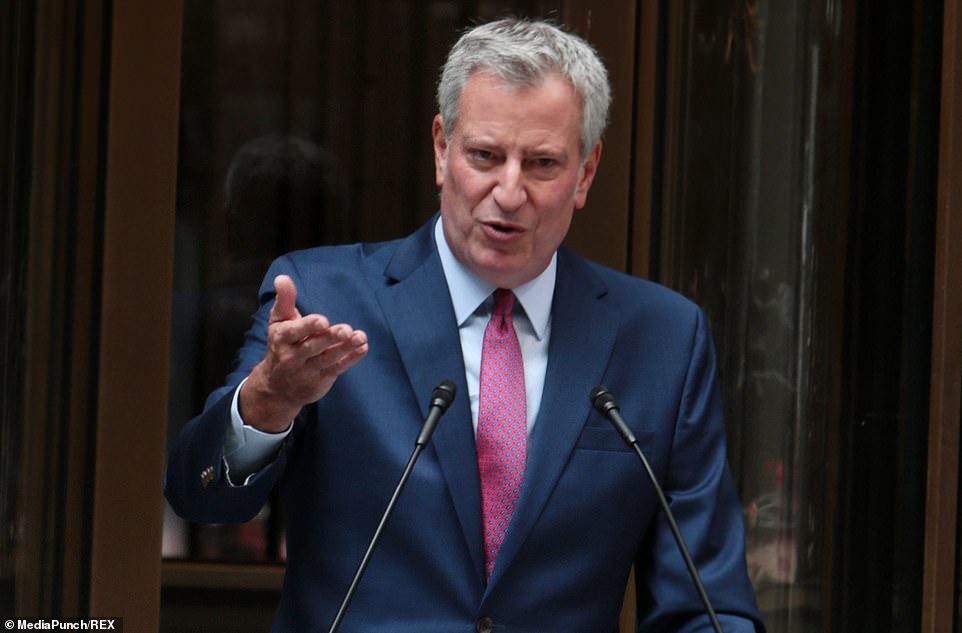 Mayor Bill de Blasio on Monday said that ‘the whole system is being looked at right now’ after facing criticism from all sides over his plan to house some 13,000 homeless people in hotels across the city 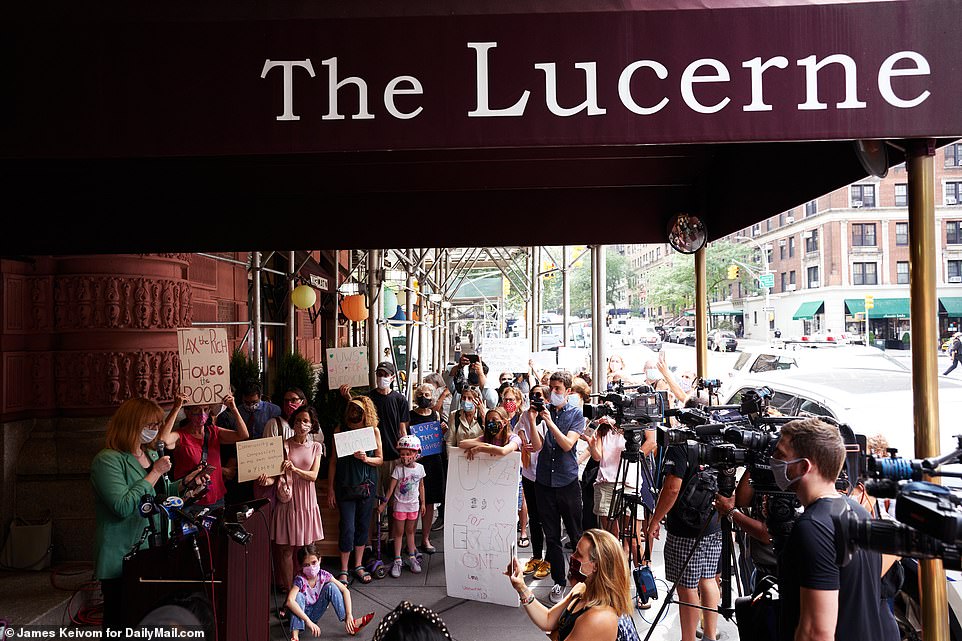 Last week, Upper West Side residents and supporters of UWS Open Hearts Initiative gathered at a news conference in front of the Lucerne Hotel in support of the homeless who are currently being housed there 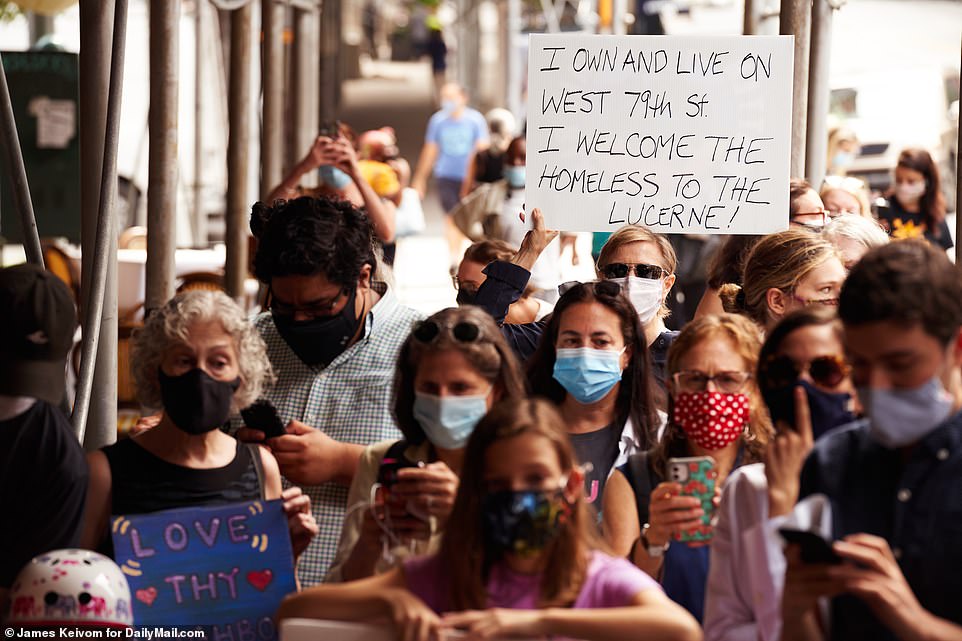 It follows competing protests over the fate of the men being housed at The Lucerne on the Upper West Side, after homeless advocates implored the city to rethink transferring them.

The UWS Open Hearts Initiative, which advocated for the homeless men to remain in the hotels, responded to the pause with a statement cheering the move.

‘This victory belongs to the residents of The Lucerne and Harmonia who spoke out last might at great personal risk to themselves given their vulnerable position. Now we need to keep the pressure on & keep fighting–this is an opening, but we MUST continue to make our voices heard,’ the group said.

A group opposing the hotel scheme, the West Side Community Organization, issued its own statement, saying: ‘We understand and expect that the City will honor its commitment to move folks out of the Lucerne and into state-accredited shelters with proper services on-site by the end of this month.’

‘As the Mayor has explained, SRO hotels should only be temporary housing, and what’s happening on the Upper West Side is ‘not acceptable,’ so this move will be a win-win for this neighborhood and this vulnerable population,’ the statement continued. 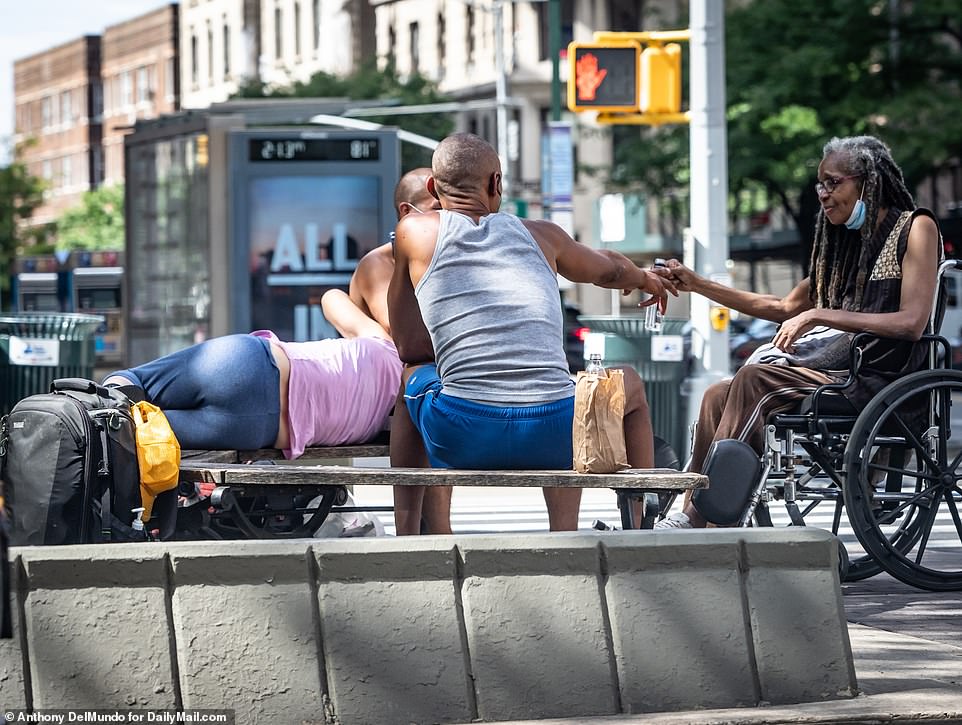 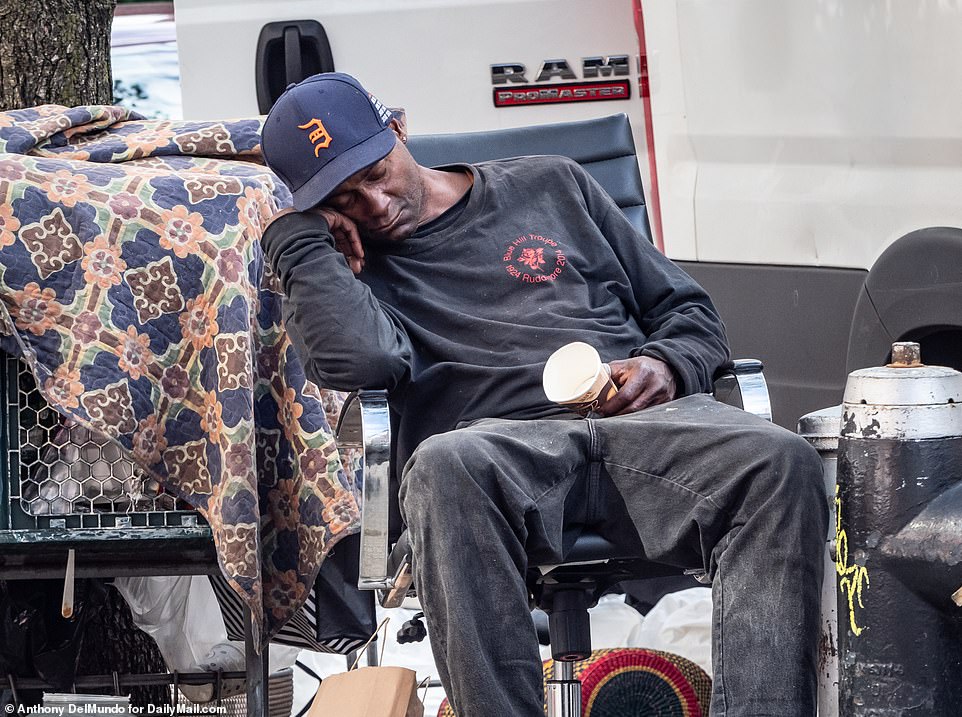 The homeless men were quietly moved into the hotel in July, and the city had begun to transfer them after a massive outcry from residents who said that open drug use and lewd displays had become rampant in the upscale neighborhood.

But it then emerged that the men were being moved to the Harmonia in Midtown, resulting in disabled residents of the Harmonia being displaced.

Advocates for the homeless reacted with fury, marching from Carl Schurz Park to Gracie Mansion and demanding that de Blasio resign with chants as police guarded the property.

A large sign read: ‘Because you are displacing 900 homeless NYers and think that ‘shelters are better environments’ please be advised that you will be transferred from Gracie Mansion to a homeless shelter.’

The Department of Homeless Services only paused plans to move families accommodated at Harmonia after Legal Aid filed a lawsuit on their behalf.

Members of the Open Hearts Initiative on Sunday urged Upper West Siders to show compassion for the people stuck without homes, ways to make a living and many living with mental illness.

‘A lot of us are just trying, like I said, get on out feet and move on,’ Shelter resident Mario Charles told the station. 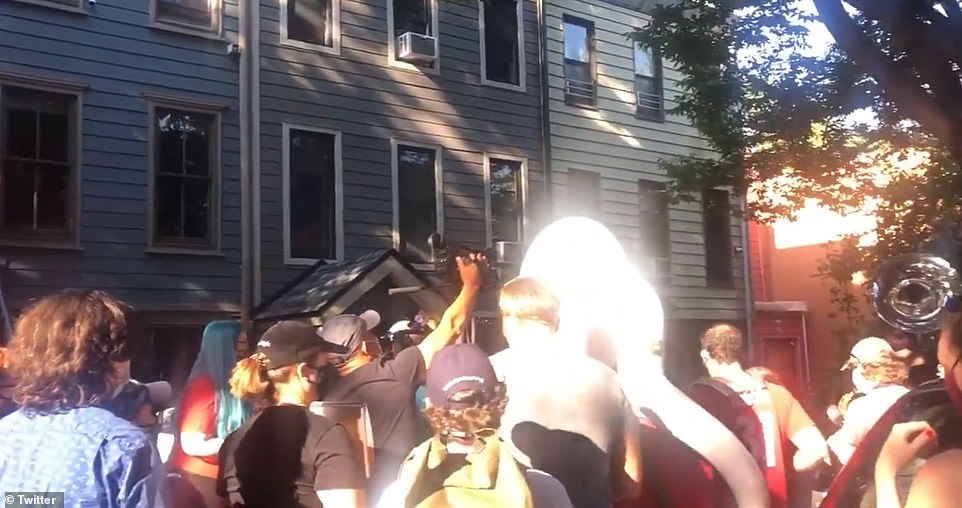 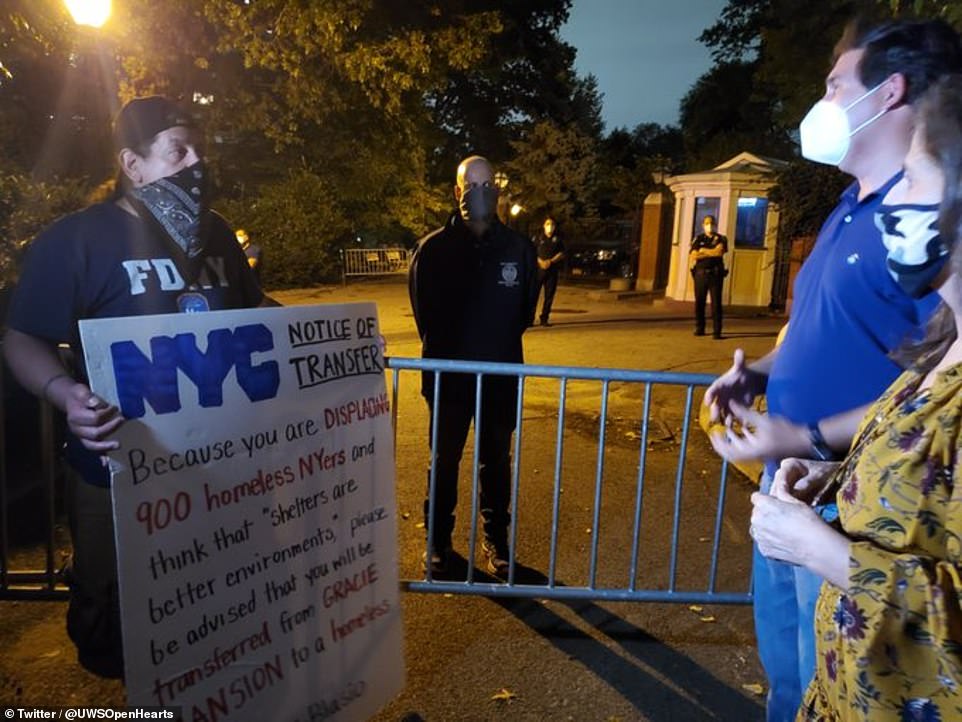 A sign read: ‘Because you are displacing 900 homeless NYers and think that “shelters are better environments” please be advised that you will be transferred from Gracie Mansion to a homeless shelter’

State Senator Brian Benjamin attended the demonstration to voice how the local government was not showing enough kindness to the less fortunate.

Councilwoman Helen Rosenthal said that while officials have been listening to people who ‘don’t like to see poverty…. the mayor’s decision to move people out of the Lucerne had a ripple effect that no one could’ve expected.’

NYS Assemblywoman Linda Rosenthal added: ‘It’s our responsibility as a society to save those less fortunate than us during a pandemic.’

After four hours of efforts from activists and politicians outside Gracie Mansion, the Mayor’s administration agreed to open a line of communication with houseless constituents who are affected by relocation and displacement.

‘Victorious councilmember @HelenRosenthal can finally go home and eat!!!! She fought side by side with us for EIGHT hours today,’ the Open Hearts Initiative tweeted.