A Long Island man convicted of driving drunk and killing a 12-year-old Boy Scout and injuring four others on the side of a road in 2018 will serve up to 25 years in prison after the judge turned down a request for a new trial.

Thomas Murphy, 61, will serve at least 8 ⅓ years in prison for the 2018 crash that killed Andrew McMorris.

The sentence was handed down after an emotional day of impact statements at Suffolk County Supreme Court in Riverhead, New York, on Wednesday.

His wife fainted in a hallway after the sentencing.

Earlier on Wednesday, the judge rejected a request by Murphy’s lawyer, Steve Politi, to throw out the guilty verdict due to juror misconduct, according to WCBS-TV.

Politi made the request after four jurors filed affidavits claiming they heard fellow jurors inappropriately talking about the crash outside the courtroom. 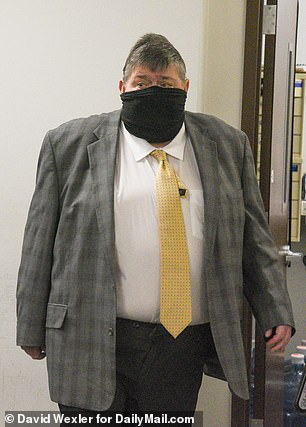 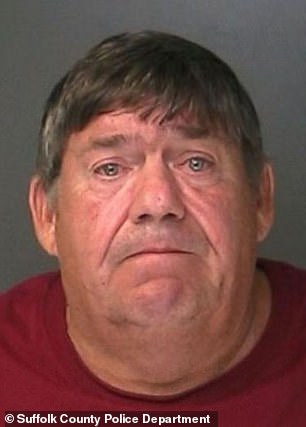 Thomas Murphy (seen left in a Riverhead, New York, court on Wednesday), 61, was sentenced to between 8 1/3 and 25 years in prison by a Suffolk County judge 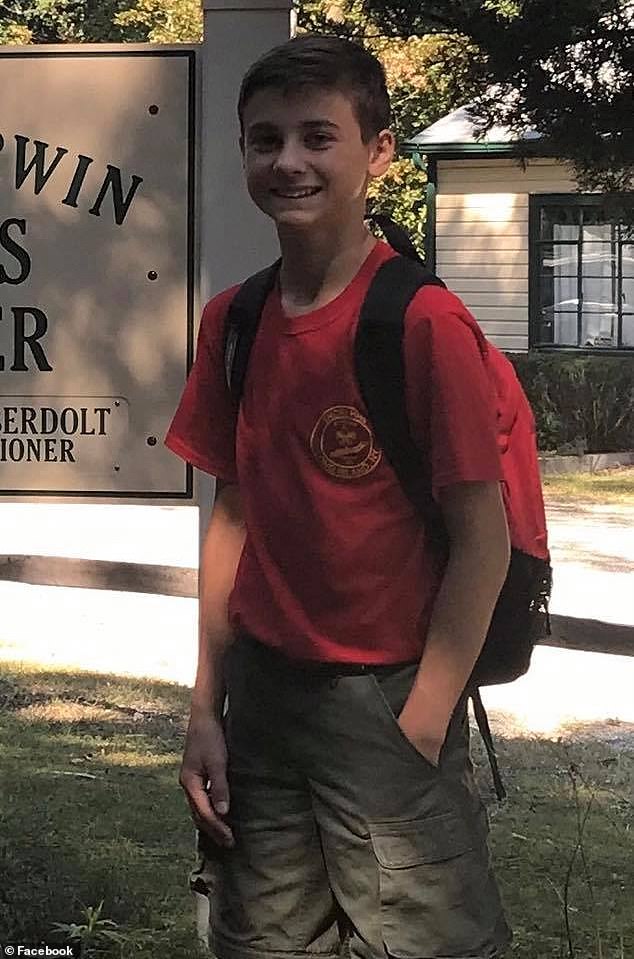 In 2018, Murphy was drunk behind the wheel of his Mercedes when he plowed into a group of five Boy Scouts, killing 12-year-old Andrew McMorris (above) 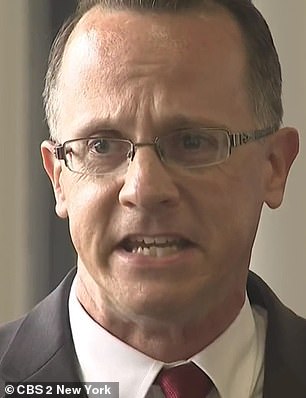 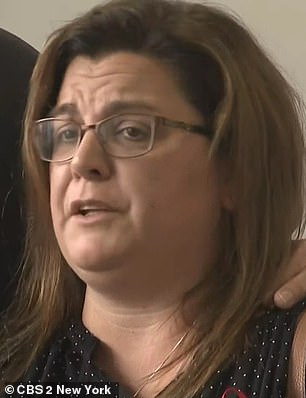 McMorris’ father, John McMorris, said on Wednesday after the sentencing: ‘We can begin to heal. We haven’t healed in two years.’ His wife, Alisa McMorris (right), said: ‘Remember, if you drive, never drink.’ 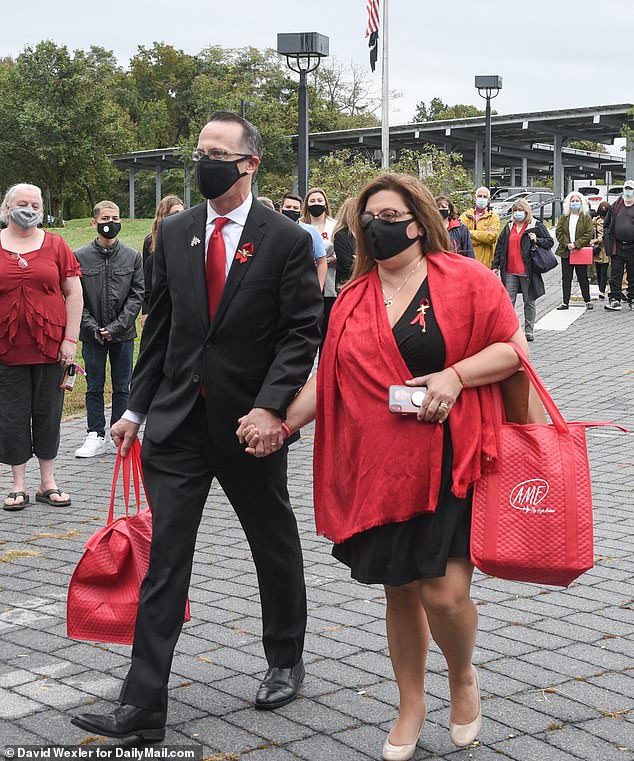 But Camacho ruled on Wednesday that the comments in question were ‘isolated remarks’ by the jurors and that it was not enough to throw out the verdict and start a new trial, according to Newsday.

On September 30, 2018, Murphy, a resident of Holbrook, was driving in Manorville, New York when he lost control of his vehicle and rammed into five boys walking along the shoulder of the road. 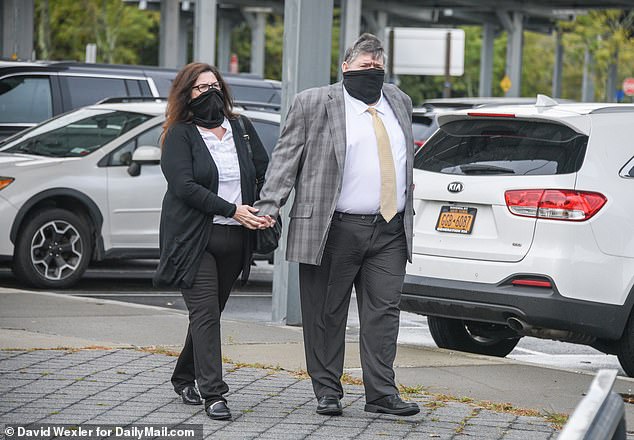 After Thomas Murphy (seen right with his wife, Jackie, in court on Wednesday) was hauled away in handcuffs, his wife fainted in the hallway of Suffolk County Supreme Court in Riverhead, New York 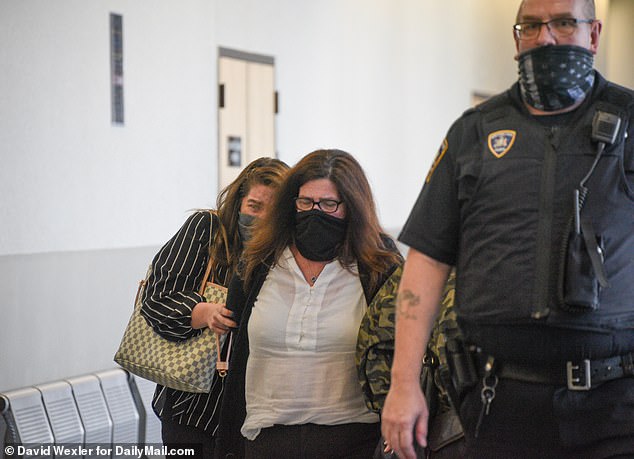 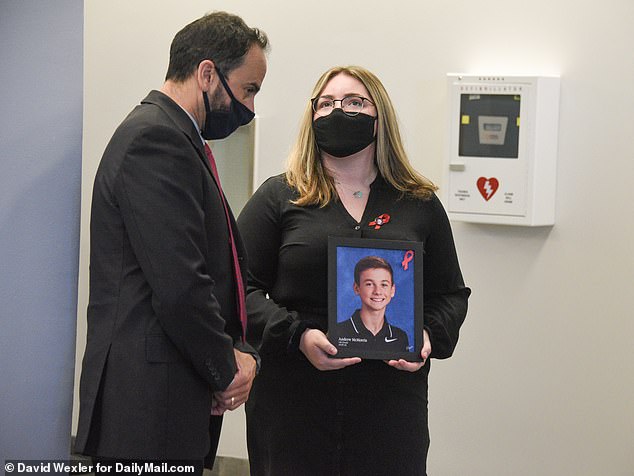 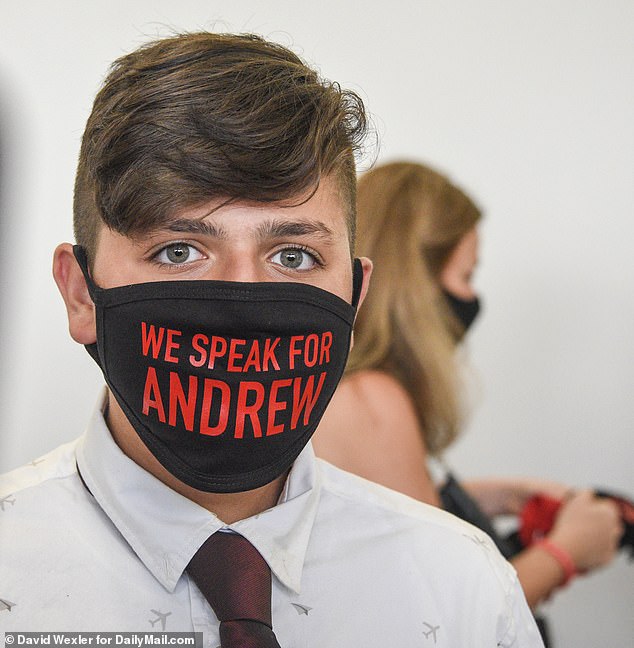 In the hours leading up the crash, prosecutors said that Murphy had spent that morning drinking vodka while at Swan Lake Golf Club in Manorville.

Despite protests by friends who warned him not to drive, Murphy got into his car anyway.

About a mile from the golf course, Murphy crossed a white fog line and crashed into the Boy Scouts, who were on a 20-mile hike, according to prosecutors.

Politi argued that the boys were ‘poorly supervised’ and wandered into the roadway.

At the scene, Murphy refused Suffolk police’s request to take a breathalyzer test.

But blood tests taken about four hours later showed that his blood alcohol content was .13, which is well above the legal limit.

Suffolk County Police say the boys were walking north and Murphy’s 2016 Mercedes barreled into them from the southbound side of David Terry Road.

‘Mr. Murphy, you have caused tremendous destruction,’ Camacho told him before imposing the maximum sentence on Wednesday.

The boys belonged to Boy Scout Troop 161 of Shoreham, police said. According to the Troop 161 website, the boys were returning from a Troop Day Hike along the Greenbelt Trail in Manorville that ended at 1pm. 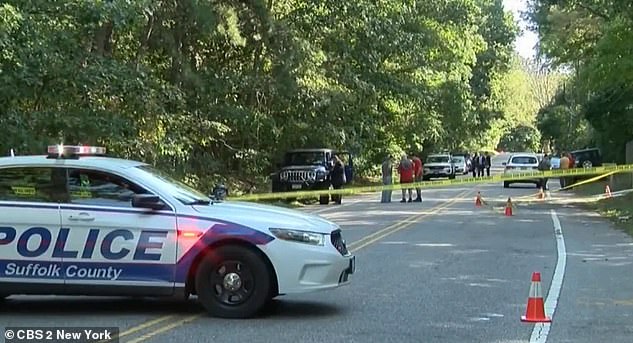 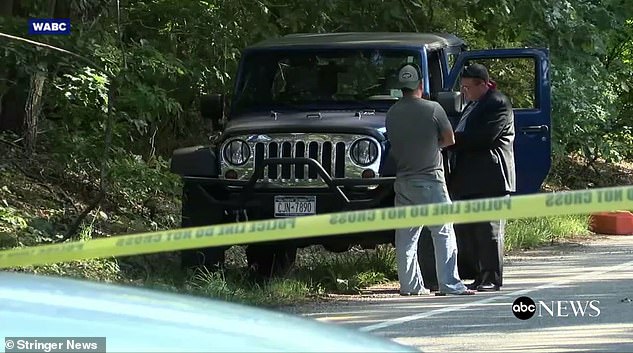 At the impact statements in court on Wednesday, Andrew’s parents recalled how their son’s injuries were so severe that they could not donate his organs.

‘We can begin to heal. We haven’t healed in two years,’ the boy’s father, John McMorris, said.

‘How could we heal through all of this nightmare?’

The bereaved dad told the court that he has been having nightmares since that fateful day.

‘We try to figure out how to move forward each day, each day is a struggle,’ John McMorris said.

‘He did not deserve what happened to him.’

Murphy has been free on bail since he was initially arrested two years ago.

After he was taken away in handcuffs, his wife, Jackie, screamed out: ‘This is unbelievable.’

She also is reported to have fainted.

‘Tom, Tom … hang in there,’ she told her husband as he was being led away to prison. Moments later, she lost consciousness in the hallway.

Court staff administered oxygen to Jackie Murphy after she collapsed near the elevators.