Winston Groom, the writer whose novel ‘Forrest Gump’ was made into a six-Oscar-winning 1994 movie that became a soaring pop cultural phenomenon, has died at age 77.

Mayor Karin Wilson of Fairhope, Alabama, said in a message on social media that Groom had died in that south Alabama town. A local funeral home also confirmed the death and said arrangements were pending.

‘While he will be remembered for creating Forrest Gump, Winston Groom was a talented journalist & noted author of American history. Our hearts & prayers are extended to his family,’ Alabama Gov. Kay Ivey said in a statement.

‘Forrest Gump’ was the improbable tale of a slow-witted but mathematically gifted man who was a participant or witness to key points of 20th Century history – from Alabama segregationist Gov. George Wallace’s ‘stand at the schoolhouse door,’ to meetings with presidents. 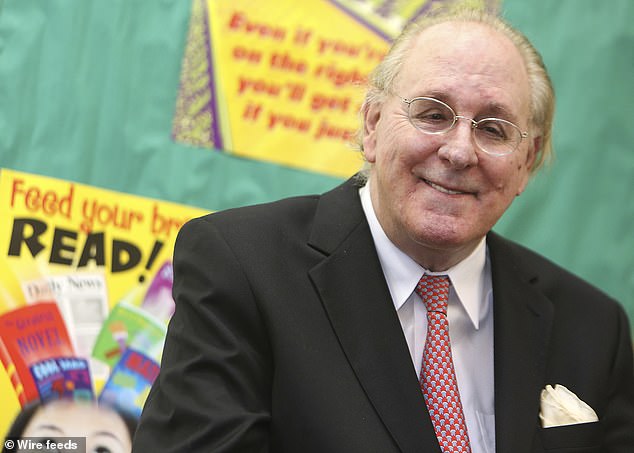 Winston Groom (pictured), the novelist who wrote Forrest Gump, has died in Fairhope, Alabama, this week at the age of 77 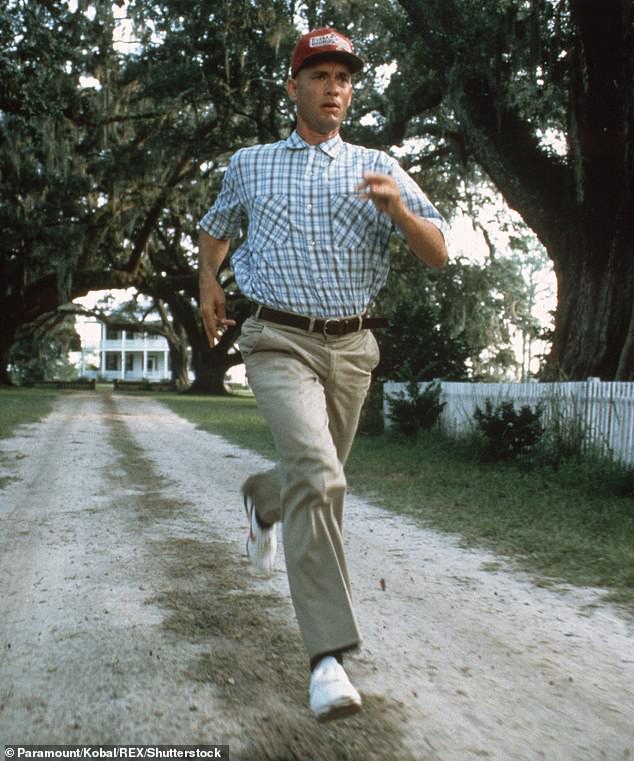 It was the best known book by Groom, who grew up in Mobile, Alabama, and graduated from the University of Alabama in 1965, according to a biography posted by the university.

‘We are saddened to learn of the passing of one of our Legends, Winston Groom,’ the university wrote on Twitter.

Groom served in the Army´s Fourth Infantry Division from 1965 to 1969, the university said. His service included a tour in Vietnam – one of the settings for ‘Forrest Gump.’

He wrote 16 books, fiction and nonfiction. One, ‘Conversations with the Enemy,’ about a American prisoner of war in Vietnam accused of collaboration, was a Pulitzer Prize finalist, according to the university.

It was ‘Forrest Gump’ – and the success of the 1994 movie starring Tom Hanks in the iconic role of Gump, as well as Sally Field and Gary Sinise – that earned him widespread fame and some financial success.

The original novel has sold at least 1.7million copies since the initial publication. 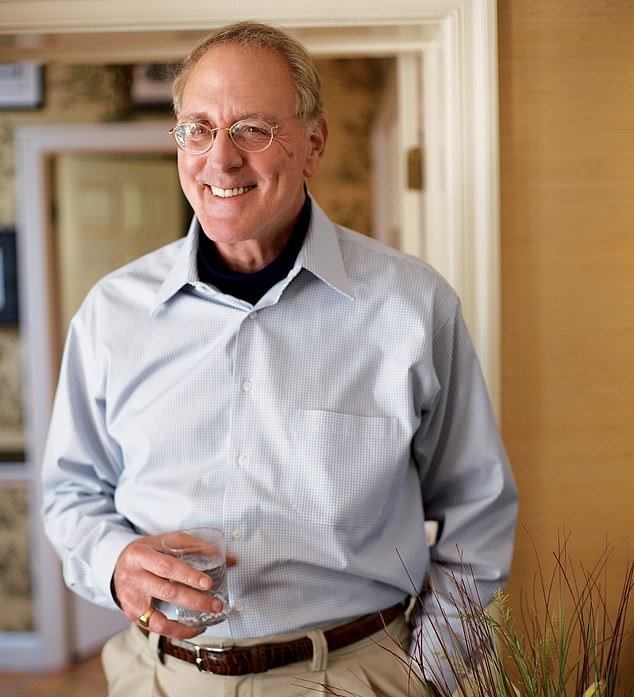 Groom (pictured) was a military veteran who grew up in Mobile, Alabama, and later graduated from the University of Alabama in 1965 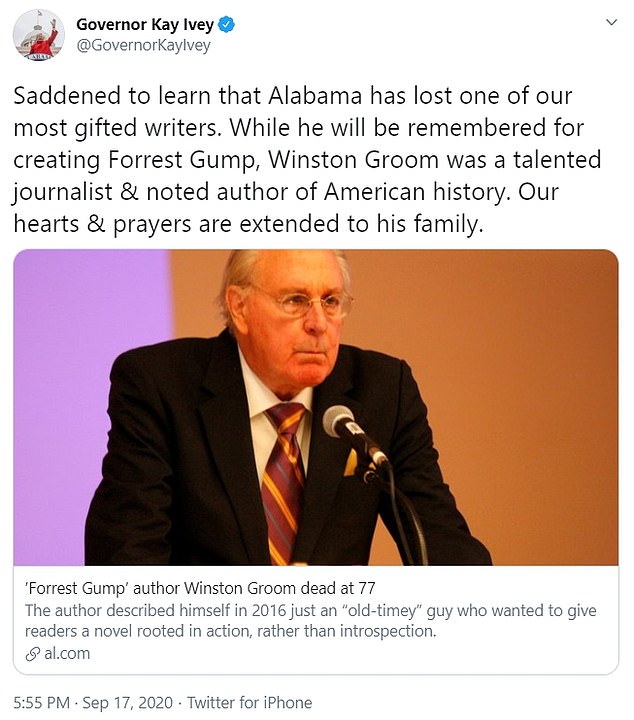 Alabama Gov. Kay Ivey wrote on Thursday that ‘Alabama lost one of our most gifted writers’ and credited him with being a ‘talented journalist & noted author of American history’ 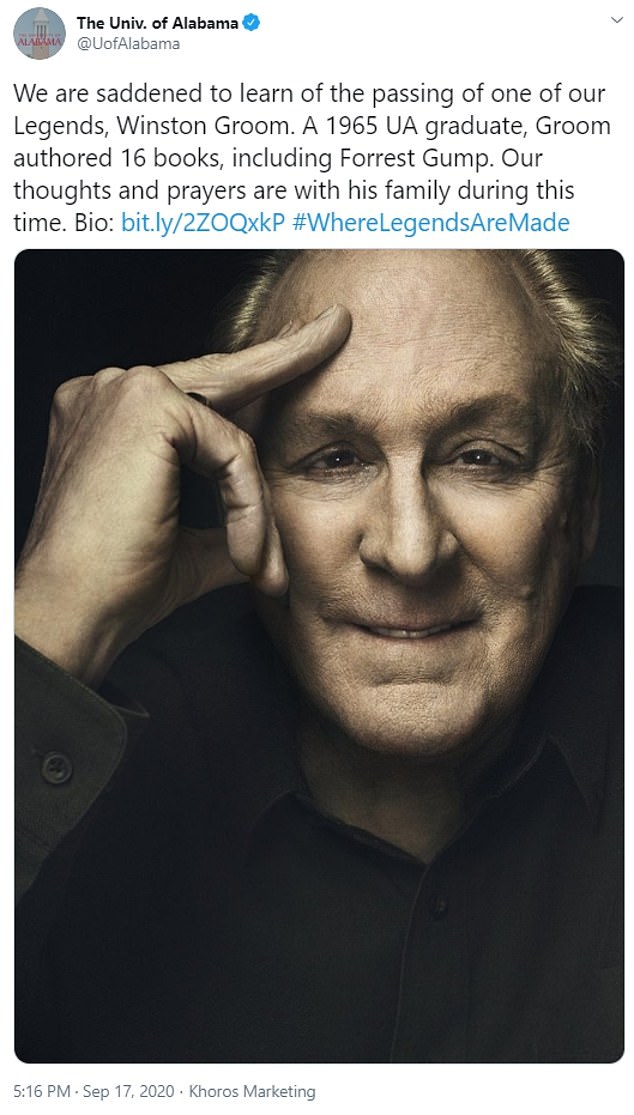 The novel is considerably different from the film. Don Noble, University of Alabama professor emeritus of English, and a 40-year friend of Groom´s told The Tuscaloosa News that the novel was ‘darker’ and ‘richer’ than the movie.

‘You can make a lot of money as a comic writer, but you can´t get no respect,’ Noble said. ‘But “Forrest Gump” is really actually quite a fine novel. It´s more subtle and more complicated … richer than the movie.’

The movie, which also starred Robin Wright and Mykelti Williamson, became deeply embedded in the American psyche and has remained an enduring television staple and huge cultural phenomenon since.

‘It touched a nerve,’ Groom told the Tuscaloosa News in 2014. 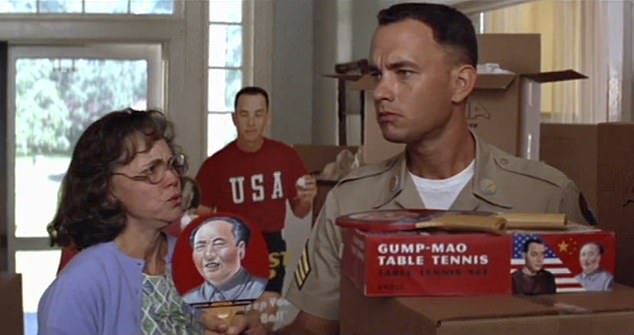 The film Forrest Gump garnered critical acclaim for its cast, including Sally Fields as ‘Mrs. Gump’ and Tom Hanks as ‘Forrest Gump’ 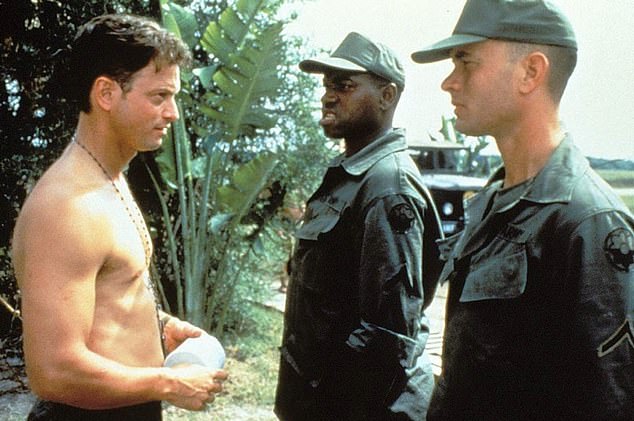 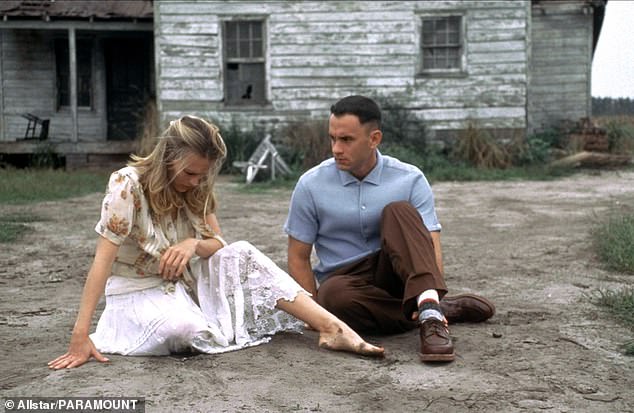 The basic outlines of Gump´s life are the same as they are in the book: Gump plays football under Paul ‘Bear’ Bryant at the University of Alabama, serves in Vietnam and starts a major shrimp business.

But the film made major departures. Gump was not a math savant as he was in the book, and was a more saintly soul.

The film took away Gump´s size – Groom said he envisioned John Goodman playing him – along with his profanity, and most of his sex life.

They ‘took some of the rough edges off,’ Groom told the New York Times in 1994.

In 2005, Groom released ‘1942: The Year That Tried Men´s Souls,’ which chronicled the first year of U.S. involvement in World War II. 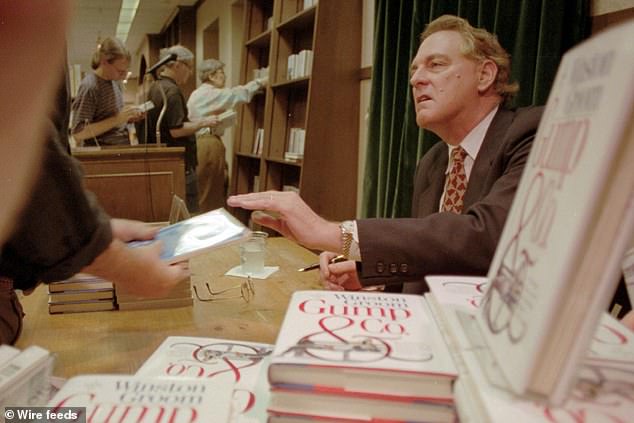 In 2009 he released ‘Vicksburg 1863,’ an account of the Union siege that brought a novelist´s touch to historical figures like Ulysses S. Grant, William T. Sherman and Jefferson Davis, president of the confederacy.

His most recent novel, El Paso, was published in 2016.

Groom got $350,000 for the rights to ‘Forrest Gump’ plus 3 percent of the net profit of the movie. But he got into a serious dispute with Paramount Pictures when they told him a film that had earned over $600 million was in the red after expenses.

But years later he wasn´t bitter.

‘They did an excellent job,’ he told the Tuscaloosa News. ‘I would have probably preferred my version of it, but that thing never would have opened.’

The book became a major best-seller in the wake of the film, and Groom got a much better deal for the follow-up novel, 1995´s ‘Gump and Co.’

‘I´m happy as a pig in sunshine,’ he told the Mobile Register.