The asylum system is costing taxpayers nearly £1billion a year – with costs doubling in just five years, figures have revealed.

It also includes the cost of returning failed applicants to another country. 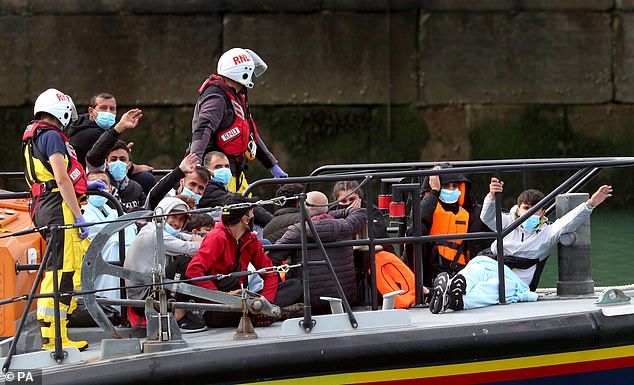 The increase is being driven by a surge in the number of asylum seekers in the country as well as changes to the way they are housed.

The number receiving their living costs from the taxpayer has increased by 40 per cent since 2015, according to the Home Office data quietly published last week.

Some 56,570 asylum seekers and their dependants were receiving living allowances at the end of June, with the majority also receiving free accommodation, compared with just over 40,000 in 2015.

A record number are still getting taxpayer-funded assistance even though their claims for refugee status have been thrown out.

Despite exhausting their appeal routes, and failing to persuade the courts that they are genuine refugees, they get taxpayer cash because they are destitute and cannot be removed from the UK.

Watching over the Channel, a £6million war drone

An ‘eye in the sky’ military drone has been used in British airspace for the first time to tackle the Channel migrant crisis.

The Watchkeeper drone is being used to help locate and monitor migrants in dinghies and other small boats, the Ministry of Defence said.

The £6million aircraft was deployed in Afghanistan but has never flown operationally over the UK. 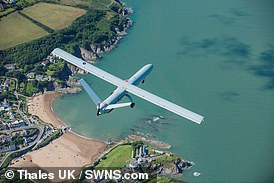 The Watchkeeper drone is being used to locate and monitor migrants

In 2014, it was hailed as a ‘battle-winning technology’ by then defence secretary Michael Fallon.

The drone, also known as a tactical unmanned air vehicle (TUAV), has a range of sensors including infrared cameras, night vision and two types of radar.

An MoD spokesman said Watchkeeper ‘will provide a leading surveillance and reconnaissance capability’.

The Watchkeeper TUAV programme has cost the UK more than £1billion, 2017 figures showed.

This category saw a rise from just under 3,900 last year to almost 5,400 this year. The data also shows the number of failed asylum seekers being deported plummeted due to the coronavirus lockdown.

Alp Mehmet, chairman of Migration Watch UK, which campaigns for tougher border controls, said: ‘The costs of the asylum system are eye-watering and it is a disgrace that the taxpayer keeps seeing these sums rise year after year.

‘There is very little evidence that the Government is doing anything about it. The whole asylum system needs root and branch reform.’

The £956million total is not thought to include legal aid costs for asylum seekers who bring challenges after being refused refugee status.

Sir John Hayes, chairman of the Common Sense Group of Tory MPs, said: ‘This figure is shocking. You’re talking hundreds of new police officers or tens of new schools and hospitals that we could be spending the money on instead.’

A Whitehall source said: ‘The asylum system is broken and in need of a complete overhaul, which this government will see to after the Brexit transition period ends.’

The Home Office said: ‘We are dealing with sustained high levels of new asylum applications which is creating pressure and the impact of Covid-19 has significantly hindered our ability to progress claims.

‘As restrictions are lifted we are getting the system moving once again and we have plans in place to improve the speed with which outstanding asylum claims are decided.’